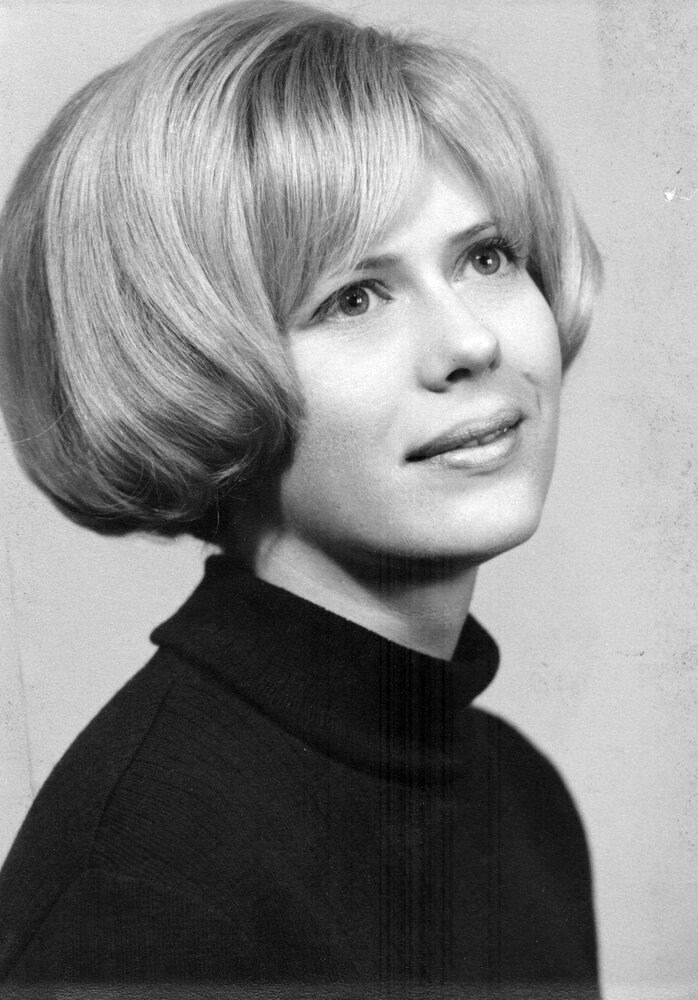 Della Louise Fredericksen Hudson, beloved wife, mother and friend, passed in her sleep on Friday, March 4th. She had battled Alzheimer’s for over a decade.

Born March 2nd, 1942 in Oak Park, Illinois to Edward and Jesse Fredericksen, Della spent most of her childhood on a 160 acre farm in central Illinois. As a teacher for the Defense Department she was sent to Ramstein Airbase in Germany where she met and got engaged to Edward Hudson, a flight surgeon on base. Following a year apart teaching in Japan, Ed and Della were married in August, 1969. They had two children; Andy, born in 1972 and Jessica, born in 1974. Ed and Della settled in Durham and then moved to rural Chapel Hill. Della was a tremendous cook, an avid tennis player at Hollow Rock and a sweepstakes aficionado. Her winnings included trips to Monaco, California and Indonesia.  In 2010, Della began to have memory problems and was later diagnosed with dementia at the UNC Geriatric Center. She spent her last two years living at Terra Bella Senior Living in Hillsborough.

Della is survived by her husband, Edward Valentine Hudson, her two children, Andy and Jessica, her sister, Donna Weinstein and many nieces, nephews and cousins. She is preceded in death by her parents, Edward and Jesse, and her brother, Alan.

Ed, Jess and Andy Hudson extend their sincere gratitude to family and friends for the tremendous amount of support and care through this time and through the past decade.

Share Your Memory of
Della
Upload Your Memory View All Memories
Be the first to upload a memory!
Share A Memory