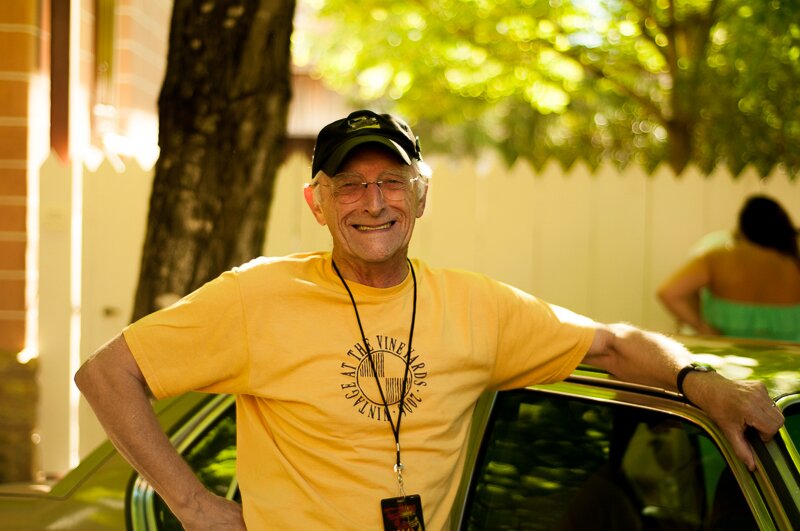 Herman, who preferred to go by Paul, was the son of Paul Höecke and Valerie Gubonov, and he was born in Berlin, Germany in 1937.  His parents had moved there after meeting and marrying in Belgrade while they were students at university.  They lived in the Berlin and Potsdam area during and immediately after the war.  They left the Soviet occupation during the Berlin Airlift and as Displaced Persons they lived in Munich for a time.

In 1951 circumstances led them to journey to Jordan, where they made a home in Bethany.  While there he attended St. George’s School in Jerusalem.  During this time he visited the many landmarks of the Holy Land.

In 1954 they moved to Lebanon.  They lived in the town of Ain Anoub, a suburb of Beruit, for about a year.  In September 1955 he was accepted at the American University of Beruit.  The family moved into the city to reside in the Zarif neighborhood.  They lived there for two years while he studied.  Again, he continued to use the opportunity to explore the region.  This included many hikes in the Beqa’a Valley and treks in the Lebanon Mountain Range.  A high point he spoke of many times was a climb he and close friend Robert Rychnner, known as “Bubi”, took up 2,628m Mt Sannine.  The outbreak of the Lebanese Civil War in the Spring of 1958 prompted the family to relocate to the Ras Beruit area.

In the later half of 1958 they were able to emigrate to the United States, moving to New York City, where he finished school at Columbia University.  He graduated in 1962 with a Bachelors degree in Sociology.  Of note, he was an active member of the staff of the school newspaper, The Owl.

A variety of post-college jobs led him into the advertising business in New York City.  There he met his future wife, Barbara Southard Hoecke.  They met through their mutual interest in ballet, which she had come to New York City to study.  Their two sons were born several years later.

Over the years his work evolved into marketing research for agricultural chemicals.  This took the family from NYC, to North Carolina, Virginia, Pennsylvania and back to North Carolina.  The work lead him to travel across the full width of the United States, meeting farmers of operations large and small, and all sorts of crops.

The many family road trips were of a similar cross-country, expeditionary nature; always an adventure well off the beaten tracks.  They featured many museums, historical sites, natural wonders and twisty country roads driven in a spirited manner.

Outside of work he loved tinkering with cars. BMWs were his particular favorite, though anything mechanical could capture his interest.  He was a very active member of the BMW Car Club of America.  His participation covered a wide range of club activities over the years, both on and off the track. He served many years in a variety of chapter officer positions and was a prolific contributor to the newsletters.  He and his wife also had an interest in American Saddlebred horses and there was a period of small horse farm ownership as well, plus lots of cats and dogs (Our peak was six horses, three dogs and twelve cats; all at once).  He was a strong, multi-decade fan of the space program and science fiction alike.  Additionally he was an avid researcher and chronicler of family history, completing several multi-volume histories of both sides of the family.

He is preceded by his wife of 52 years, Barbara Lee Southard Hoecke.  He is survived by his two sons, Paul Eric Hoecke and Christopher John Hoecke; two sisters, Olga Ledkovsky of Poughkeepsie, NY and Irina Scorer of Exeter, England; and numerous nieces and nephews.

He had a great many friends and family and will be missed dearly by all.

Share Your Memory of
Herman
Upload Your Memory View All Memories
Be the first to upload a memory!
Share A Memory