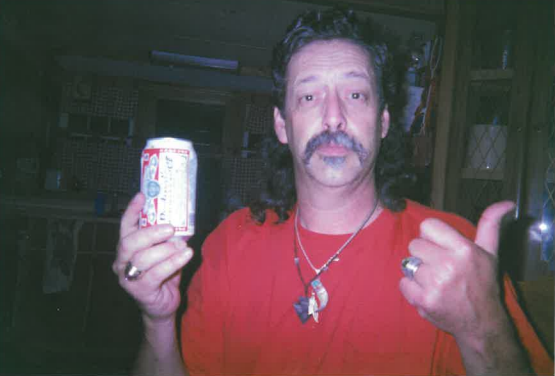 Johnny “Chico” Edward Harrison passed away peacefully at a place he loved the most, the Durham VA medical center after a battle with cancer on February 20, 2022, at 1800 hours. Johnny was preceded in death by his birth parents George and Evon Harrison Sr., Mom and Daddy Homer and Mattie Riley of Hillsborough, Brother Howard “Rocky” Harrison and Sister Pamela Harrison as well as Sister Rebecca Riley Davis and her husband Obie Davis.

Johnny is survived by his Son Paden and wife Brittany Harrison of Mebane, Daughter Jozelyn Harrison and her companion Wesley Aragon-Orellana of Hillsborough, Three Grandchildren William (Bill), Kali and Nash Harrison. Along with his children and grandchildren his is survived by his Sister Elizabeth “Liz” and Husband Chin Soonwing of Fallon, Nevada. Brothers Billy and wife Patty of Florida, Jesse and wife Shirley, and George Harrison of Georgia and many nieces and nephews, His Fur baby / food sampler Star, estranged wife Jo Ellen Dodson-Harrison of White Lake and Girlfriend Joann Fowler of Hillsborough; and many great friends that are way too many to list.

Johnny served in the U.S. Army in the 25th infantry division during the Vietnam war where he received Medals in Sniper and Grenades “I know Johnny with guns and explosives” and later in the National Guard.

After serving our country he worked as a machinist at Sykes Machine shop in Buckhorn and later as Assistant Manager at Family Dollar in Burlington.

It was said Johnny had lived ten lives with everything he did, from the army, taking care of his mom and dad, to working on and building cars with his close friends, if you’ve ever turned a wrench at the shop behind the house you know. On behalf of the family and close friends of Dad, Johnny “Harry” Harrison, we thank you for all the kind words, prayers and all the memoires we could share with you. The man with many names, will be missed.

~ Every man’s heart one day beats its final beat, his lungs breath their final breath and if what that man did in his life, makes the blood pulse through the body of others it makes them bleed deeper something then larger than life, then his essence his sprit and the running the man did live forever ~

Share Your Memory of
Johnny
Upload Your Memory View All Memories
Be the first to upload a memory!
Share A Memory