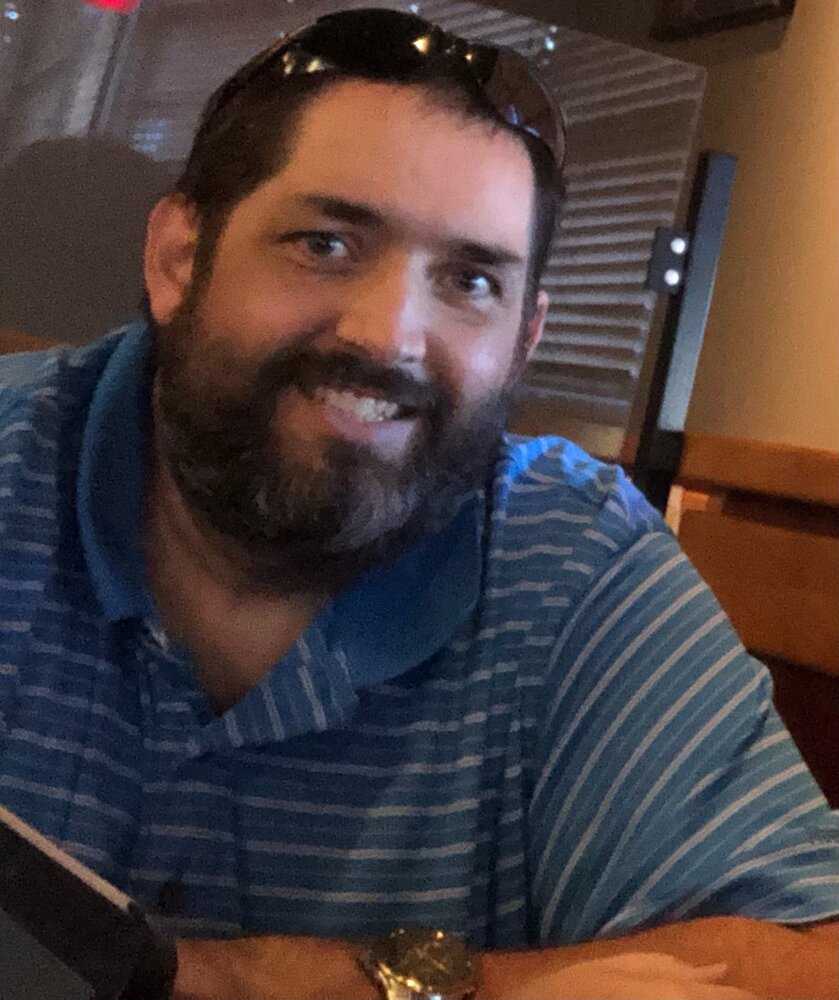 Adam Levi Gowl, 45, a resident of Mebane, NC, passed away on Friday, February 18, 2022, after a courageous battle with cancer. Adam was born on February 19, 1976, in Harrisonburg, VA, to Leon Franklin and Doris Elaine Garber Gowl.  He married Jennifer Smith Gowl on April 17, 1999.

Adam was a devoted husband, son, brother, and friend who never met a stranger. His favorite activities included participating in events at his church, Mebane Bible Church, where he served as a deacon; hunting trips, especially at the famous West Virginia bus; Cowboy Action competitions; and joking with anyone who was within earshot. His work started at Food Lion where he met his soul mate, Jennifer Smith. He eventually returned to construction jobs and quality control in both Virginia and North Carolina over the next few decades before taking intermittent leaves of absence to battle lymphoma under the caring hands of staff and friends from Duke Cancer Center, Mebane Bible Church, Bradford Academy, SECU Jim and Betsy Bryan Hospice Home, and the greater Mebane community.

He was preceded in death by his parents Leon Franklin and Doris Garber Gowl; and his father-in-law John Richard Smith. He is survived by his wife Jennifer Smith Gowl and his son, Joshua Gowl; mother-in-law Joan Dale Smith and sister-in-law Jessica Smith; siblings: Tonya Stockman and husband Ken, Darren and wife Barbie, Jerry and wife Brooke, Daryl and wife Ellen, Tabitha Bohnsack and husband Kevin; nieces and nephews: Tehya and Rachel Stockman; Brianna Gowl; Benjamin, Martina and Elijah Gowl; and Natalie and Sadie Bohnsack; and many aunts, uncles, and cousins who he cherished. Chance and Finley are the two giant schnauzers who were always at his side.

He loved the Lord and gave thanks for his blessings and continued to share his love of God and his testimony with everyone. Pastors Jason Palmer, Lee Davis, Brad Batten, and Mike Little will conduct a Celebration of Life service on Tuesday, February 22, 2022 at 7:00 PM at Grace Reformed Baptist Churchy 939 South Third Street in Mebane. Their will also be a memorial service on Saturday, February 26th at 3:00 pm at Greenmount Church of the Brethren. Burial will be held privately.

Those wishing to view and sign the register book may do so, Friday, February 25th from 4:00 until 7:00 pm at McMullen Funeral Home.

Memorial contributions in lieu of flowers may be made to the Duke Cancer Center fund via this website: https://www.gifts.duke.edu/cancersupport. Online condolences may be made to www.mcmullenfh.com. McMullen Funeral Home is handling arrangements.

Walker's Funeral Home of Mebane is assisting the Gowl Family

Share Your Memory of
Adam
Upload Your Memory View All Memories
Be the first to upload a memory!
Share A Memory