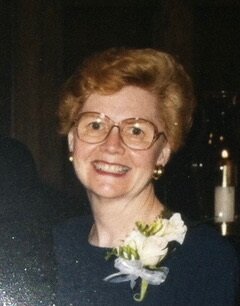 A graduate of UNC Chapel Hill in 1962 with a Bachelor of Science degree in zoology and a Master of Arts in Teaching degree in botany, Margaret taught for 40 years, biology for one year at Fayetteville Senior High School (now Terry Sanford High School), and seventh-grade life science in Chapel Hill for 7 years at Phillips Junior High School (later changed to Phillips Middle School) and for 32 years at Culbreth Junior High School (later changed to Culbreth Middle School).  During a major portion of her time at Culbreth she served as the chairman of the science department and as a lead teacher of the seventh grade.

Margaret wanted science to be exciting, challenging and fun for her students.  Following a structured approach tied to the scientific method, her students emerged at the end of each school year with a strong understanding of and appreciation for how science has developed for hundreds of years through experimentation, beginning with a question, formulation of a hypothesis, collection of data to test the hypothesis and reaching a conclusion.  That process was the centerpiece of each year’s course structure, concluding with each student preparing a poster board description of an experiment with the key steps of the scientific method as the backdrop.  Collectively, the work of her students and that of students in other science classes were portrayed throughout the school in a science fair in April to which parents were invited to view the work and to hear students explain the elements of their presentations.

In recognition of her approach of using student experiments and presentations as a central tool in learning science, Margaret was honored at the time of her retirement in 2003 with the establishment and endowment of the Kepner Fund to encourage teachers throughout the CHCCS school system to develop innovative and challenging methods for students to learn science.  The awarding of grants continues to this day. During the 2021-2022 school year, Estes Hills Elementary School received $1956 for an outdoor learning and garden space.  It was that type of learning opportunity that Margaret developed at Culbreth Junior High School, so she was elated when informed about the Estes Hills project.

Margaret treasured her opportunities to be part of the activities and experiences of her children, Chip and Derek.  Both of them participated in sports of every kind in their early years, but they began to focus on soccer at approximately the age of 12.  They played on competitive travel teams that were part of the Durham-Chapel Hill Strikers Soccer Club, formed originally as the Central Carolina Youth Soccer Club.  As competitive teams, they traveled throughout North Carolina, with hundreds of hours and miles logged each year.  A strong administrator, she served as president of the club for two years in its formative years.  She also applied her leadership qualities as president for two years of her neighborhood’s homeowners’ association board of directors.

Leadership in the Strikers club also led to wider involvement in soccer.  After formation, the club quickly joined the North Carolina Youth Soccer Association, bringing new opportunities to serve.  In 1990, in recognition of their contributions, Margaret and Bob were presented with the Tom and Linda Mosier Award, regarded by NCYSA as its most prestigious honor.  Then, in 1994, the NCYSA Board of Directors named one of its end-of-year statewide tournaments the Kepner Cup in honor of Margaret and Bob.  The tournament continues to be played 27 years later and attracts approximately 285 teams each year.

Margaret was a person of high principles who would defend them courteously but firmly. If her husband Bob made a point that she questioned, she would give him an “evil look”, a steady stare that was well-known in the Kepner household. Margaret’s former real estate broker-in-charge described her as a person of great inner strength.

The brightest light of Margaret’s final years was to enjoy her two grandchildren Maggie, daughter of Derek and Marti (nee Wilkie), Derek’s wife, and Cole, son of Chip and Kristina (nee Sung), Chip’s wife.  The two were born only six months apart in 2006, Maggie in May, followed by Cole in November, and now are in high school. She doted on both of them and contributed twice annually to their college funds.

Margaret is survived by her sister, Barbara Wilson Fuller of Greenville, NC, and is predeceased by her brother, Thomas Darwin Wilson.

Margaret passed away deeply loved by her family and will be forever missed.

Donations to the endowment in Margaret's memory can be mailed to

with Kepner in the memo

Donate to the Public School Foundation