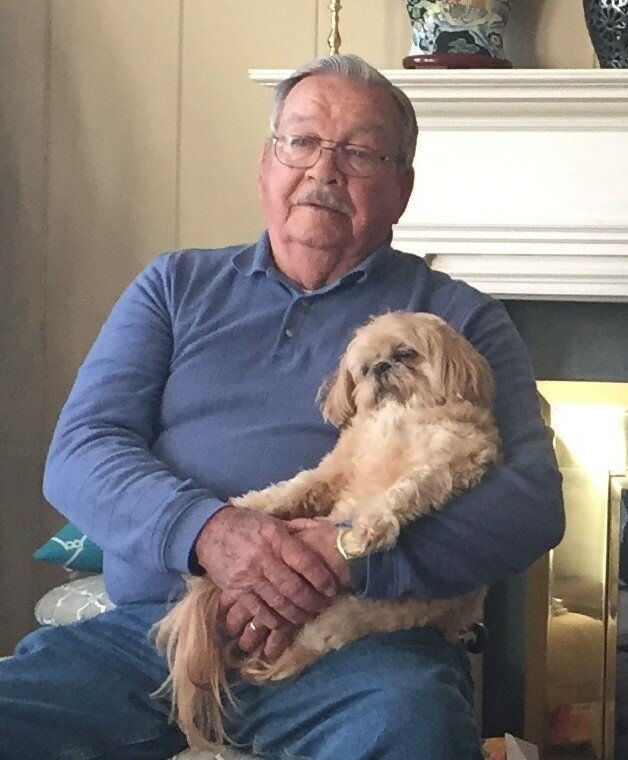 Arthur "Art" Gerald Culbreth - Hillsborough, NC.  November 5, 1933 - January 23, 2022.  Arthur Gerald Culbreth, 88, went home to be with the Lord on January 23, 2022.  Arthur is survived by his wife of 44 years, Judy Wrenn Culbreth, his children; Angie Autry of Fayetteville, Beverly Huckabee of Fayetteville, Glenda Hern (Dennis) of Seminole, Florida, Gerald Culbreth of Raleigh and Dottie Culbreth of Asheboro.  Two stepdaughters Marcie Byrd (Bob) of Warrenton and Susan Harward (Phil) of Hurdle Mills.  Arthur is pre-deceased in death by his parents, Daniel and Annie Hall Culbreth, his daughter Diane and granddaughter Austyn Byrd.  Arthur was known as "Papa" to his 10 grandchildren and 13 great-grandchildren whom he loved dearly.  He also leaves behind his beloved dog Griffin who was never far from his lap.

Arthur served his country in the United States Air Force. He never met a stranger and always had a smile and hug for everyone.  He loved fishing and playing golf.

A funeral service will be held at 2:00 p.m. on Thursday, January 27th at Hillcrest Baptist Church in Hillsborough.  The family will receive friends at the church beginning at 1:00 p.m. prior to the service.

In lieu of flowers, donations can be made to Hillcrest Baptist Church.

Share Your Memory of
Arthur "Art"
Upload Your Memory View All Memories
Be the first to upload a memory!
Share A Memory