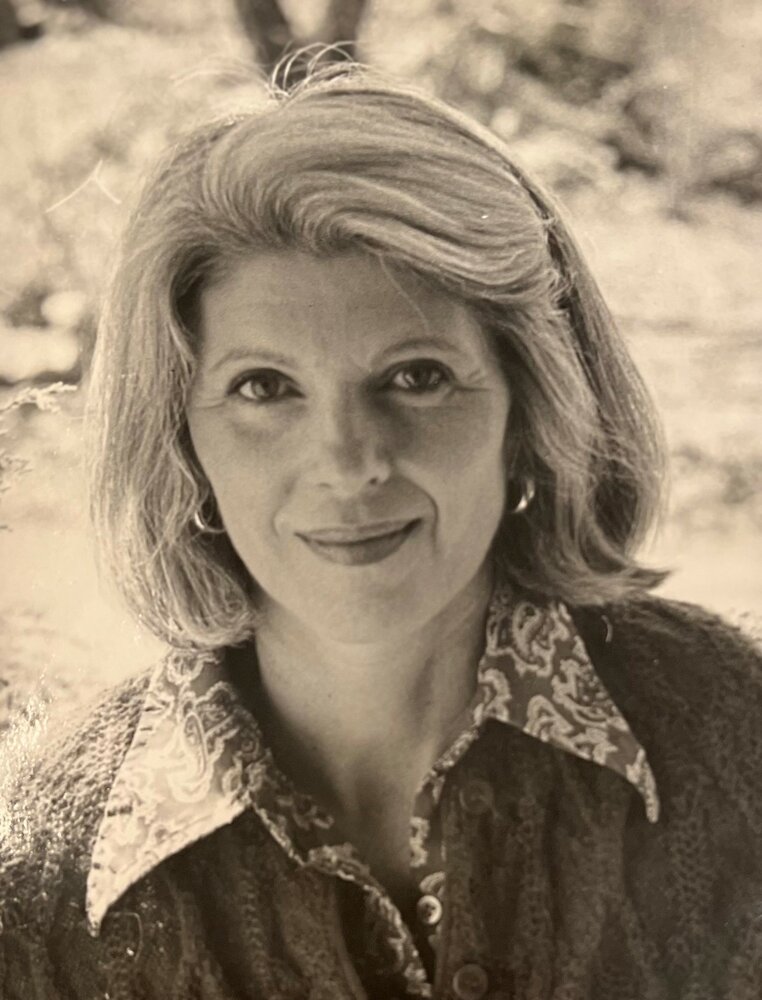 Sara Hart McCoy died peacefully at home in Chapel Hill, North Carolina, on Saturday, December 18, 2021. It was not only her 86th birthday but also the 66th anniversary of her marriage to William O. McCoy. Sara was diagnosed with Alzheimer’s disease several years ago and had been in declining health.

The landscape of her life changed often, beginning in childhood. Sara Hart was born to Eugene D. Hart and Loleta Hart Williams on December 18, 1935, in Ann Arbor, Michigan. Her father was a U.S. Army officer, and Sara and her younger sister grew up primarily on Army bases in California and, after World War II, in Frankfurt, Germany, where Sara graduated from high school.

She attended Mary Washington College in Fredericksburg, Virginia. After her sophomore year, she went on a blind date with Bill McCoy, a U.S. Marine from North Carolina, stationed at nearby Quantico. They married six months later, December 18, 1955. The young couple moved to Pensacola before Bill began his career with BellSouth. The telephone company transferred him every year or two all over the South, including Charlotte, Greensboro and Wilmington, North Carolina; New Orleans; Nashville; Birmingham (1978-1983); and Atlanta (1983-1995).

Bill and the girls consider Sara to be the hero of their family life. With every move, as they raised their two daughters – Laurie and Kathleen – Sara re-rooted the family not just gamely but gracefully and enthusiastically. She organized and created a new home, each of which became a blank canvas for her creative talents in design, sewing, and decorating. She was a true home maker in the most gifted way, innovative and inventive in working with architects, designers, and craftsmen as her style evolved from Early American to more traditional and classic. Her priority always was to get the girls’ rooms completed first to make sure they would feel immediately, familiarly, at home in unfamiliar surroundings.

Sara studied art at the Corcoran Gallery of Art in Washington, D.C., photography in Soho in New York, and cooking in London. She remained very visual throughout her life, whether designing and sewing clothes or curtains; as a Master Gardener, curating her gardens; getting serious with photography in her own dark room, and producing a cookbook of family recipes. She was named one of the best-dressed women in New Orleans in the 1970s.

Despite her many accomplishments, Sara was quiet about them – also in the noteworthy way she went about making new friends. She was a gracious presence whether in her own home or others’. Always warm and welcoming, she was generous with her time and support and easily found common ground on which to connect with people of all walks and ages. Her closest, most enduring friends shared her love of home, food, gardens, and needlework.

Sara and Bill travelled all over Europe and Asia for business and pleasure, but she was a true Anglophile and particularly loved returning to London. Notably, she treated each grandchild, at 14, to a trip of their own including Turkey, Greece, France, Moscow, and Italy.

After Sara’s and Bill’s last move – to Chapel Hill from Atlanta, in 1995 – she became very active with the University of North Carolina, joining several boards and supporting Bill in his roles in the administration of the school. For her “dedication, commitment, loyalty and service to the University of North Carolina at Chapel Hill and beyond,” she was the recipient of the prestigious William Richardson Davie Award in 2012.

Sara was a member of the Highlands Country Club and the University United Methodist Church.

A funeral service will be held at the University United Methodist Church, 150 East Franklin Street, on January 8, 2022, at 10 a.m. Masks and social distancing are required – though families may be seated together. Following the service, the family will greet friends in the sanctuary. The service will be streamed; to receive access, email service4sara@gmail.com by January 6. She will be buried in the Old Chapel Hill Cemetery on the University campus the following day.

In lieu of flowers, the family would appreciate donations to the Alzheimer’s Association, 225 N. Michigan Avenue, Floor 17, Chicago, IL 60601 or act.alz.org.

Share Your Memory of
Sara
Upload Your Memory View All Memories
Be the first to upload a memory!
Share A Memory