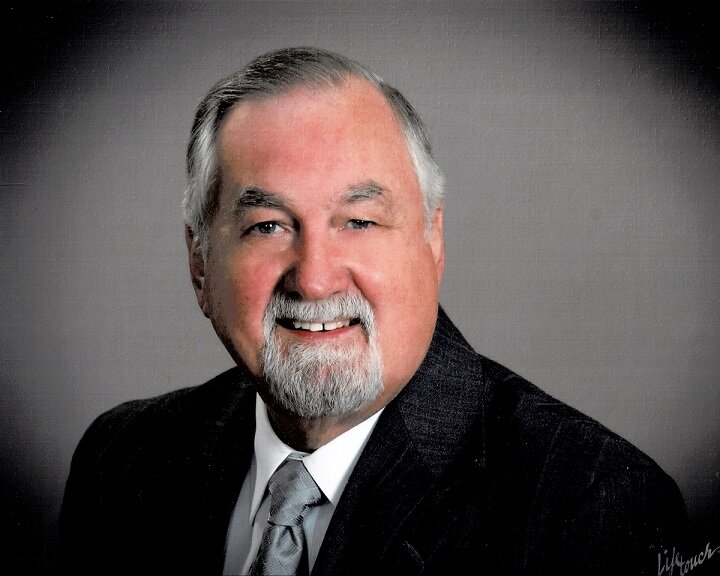 Stephen (Steve) Henley Jones was born in Miami on September 18, 1941 and was taken into Heaven on December 1, 2021.  He is predeceased by his wife of forty-two years, Cecelia (Ceil), his parents, Leila Anna and John Henley Jones, his brother, Charles Edward Jones, and his sister, Frances Marian Geiter.  He is survived by his children, Stephen Bradley Jones and his wife, Amy, and Leslie Jones Fernandes and her husband, Steve, and by his grandchildren, Claire, Jonathan, Rebecca, and Jordan, by his sister, Lavinia Ann Griffin, and his brother, Reed Newell Jones, and by multiple nieces and nephews, who will all miss him.

Steve was baptized in 1949 at Little River Baptist Church, the Florida church that was special to his family for many, many years.  Steve’s father was a pastor, who became an Army Chaplain, serving for thirteen years, after which he served in the Army Reserves.  During his time with the Army, he served in both World War II and the Korean Conflict.  Steve, his mother, and his siblings accompanied his father to Germany.  It was in Berlin that he began his elementary school education.  In 1948, the Berlin airlift began, and he and his family were evacuated.  They spent the next three years in Munich.  On his father’s second tour to Germany, they were stationed in Hohenfels.  While there, Steve, who always managed to find mischief, climbed into an Army tank parked close to the family’s apartment.  He and a young friend managed to get the tank started.  Since the tank had been left in gear, the boys felt it begin to creep slowly toward the Motor Pool.  Without any idea how to stop it, they did the only thing Steve thought was sensible - they ran into the woods.  They later discovered the tank had stalled in a ditch before it ran into the Motor Pool.  As an adult, he returned to Germany several times, always enjoying visits to his childhood stomping grounds.

Steve served four years in the Air Force. He began his fifty year career in the airline industry as a mail boy at Eastern Airlines, eventually becoming Director of Interline Accounting and Lift Processing.  His career in accounting continued with several other airlines.

Steve’s faith was apparent to all who knew him.  Steve once wrote, “My greatest strength is my understanding of my weakness. I truly understand my need to lean wholly on the God who has promised me His strength. I’ve made a lot of decisions in my life on my own, but I now realize that it is God that is in control of my life and I am satisfied with that.”  Steve enjoyed laughter, his family, his forty-two year marriage with Ceil, worshipping his Lord and Savior, and singing God’s praises with his beautiful voice.

The funeral service will be at 11:00am on December 9 at Calvary Road Baptist Church (2701 Soco Road, Maggie Valley), and the viewing will be at 10:00am. The burial will be at 2:00pm at Western Carolina State Veterans Cemetery.

In lieu of flowers, the family requests donations be made to Calvary Road Baptist Church in Maggie Valley,  NC in memory of Stephen H. Jones.

Walker's Funeral Home of Hillsborough is honored to serve the Jones family.

Share Your Memory of
Stephen
Upload Your Memory View All Memories
Be the first to upload a memory!
Share A Memory