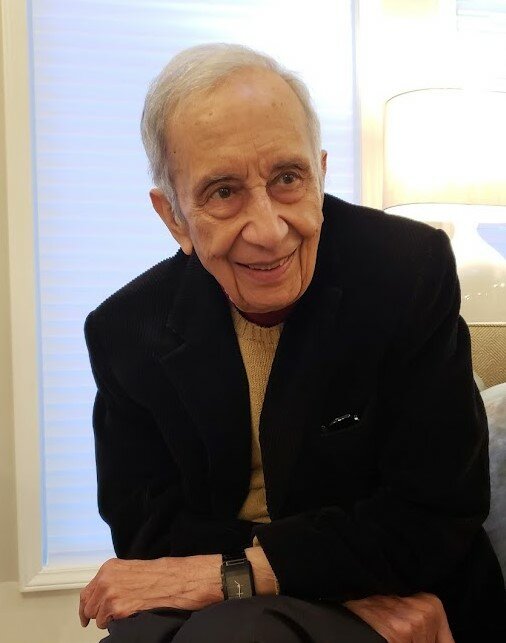 Khalid Sulaiman Ishaq passed away in Chapel Hill, North Carolina on November 29th, 2021 due to complications from Alzheimer’s Disease.  He was 88 years old. He was born on January 16th, 1933 in Basra, Iraq to his late parents Sulaiman Ishaq and Farida Hadaya.

Khalid graduated from the University of Beirut, Lebanon in 1956 with a Bachelor of Science in Pharmacy, and a PhD in Medicinal Chemistry from the University of Minnesota, Minneapolis. Khalid came to UNC as a post-doctoral fellow and became a faculty member at the UNC School of Pharmacy in 1970 until he retired in May 2000.

Khalid met and fell in love with his late wife, Mary Rush, who was the librarian at the University of Minnesota’s library where he spent long hours. He married Mary on December 1st, 1968 and moved to Chapel Hill, NC on December 4th, 1968. He was a loving and devoted husband until her death in 2008.

Khalid was a dedicated teacher and a researcher in the field of cancer, AIDS, and hepatitis. His research has earned him numerous accolades and led to a collection of patents and a license. He served on various academic committees while working at the University of North Carolina for almost 30 years. He was recognized and honored multiple times for his innovation and excellence in teaching.

Khalid enjoyed spending time with family and friends, traveling, walking, playing tennis, listening to music, and a good bottle of Brandy. Khalid had a great sense of humor. He always wanted a red Lamborghini and tried to establish a “Lamborghini fund” to make this happen, but maybe he is driving one in heaven.

Special thanks to the staff at UNC Hospital for taking care of Dr. Ishaq in his last days, and to the staff at Galloway Ridge who navigated through many options to provide him with the best care as his health deteriorated. We also would like to give special recognition to Davie Nycum, who befriended Khalid over the past few years and gave him the companionship that he so dearly enjoyed and treasured.

Khalid is survived by his sister Samira Ishaq of Raleigh and his nephews and nieces.

Dr. Ishaq will be buried in a private grave side service. In lieu of flowers, we would ask that you please send a donation to a charity of your choice.

Share Your Memory of
Khalid
Upload Your Memory View All Memories
Be the first to upload a memory!
Share A Memory