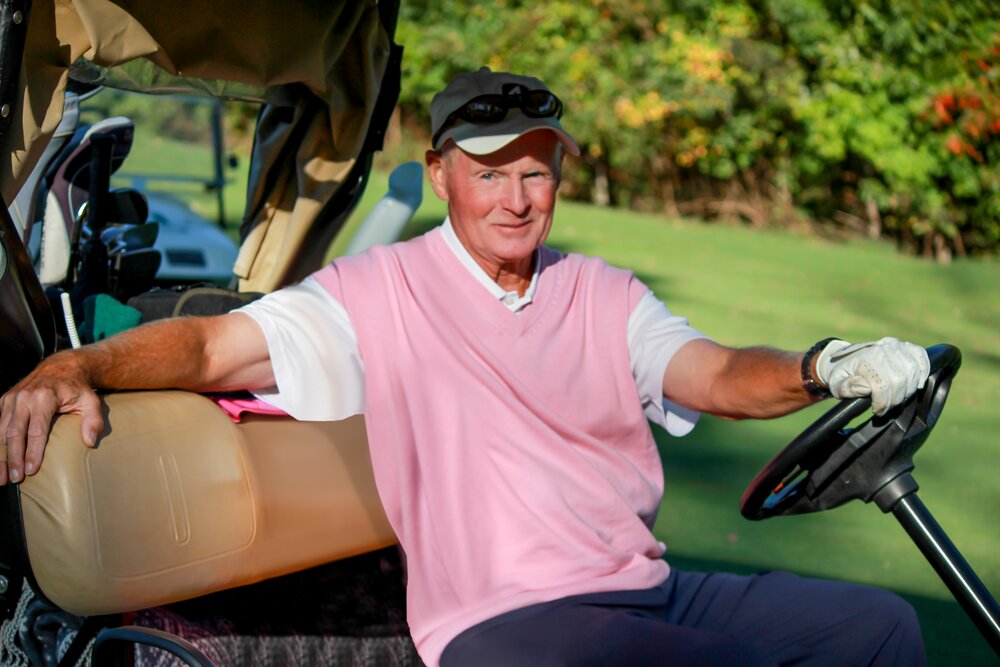 Please share a memory of Alan to include in a keepsake book for family and friends.
View Tribute Book

Alan Wayne Bandy, of Chapel Hill, died peacefully Thursday morning, November 18, 2021, at the UNC Jim and Betsy Bryan Hospice Home in Pittsboro, NC.  His wife, Wanda, and long-time family friend, Betsy Cantrell, were by his side.  Alan was born October 27, 1951, in Lincolnton, NC, to the late Wayne Henry Bandy and Ruby Cash Bandy. Mr. Bandy graduated from Maiden High School in 1970. After graduation, he attended Wingate University, Gardner-Webb University, Southern Seminary and Southeastern Seminary where he received his Masters of Divinity.  His first role after graduation was the pastor of Lystra Baptist Church in Chapel Hill, NC.  He later became the first chaplain of the North Carolina Jaycee Burn Center at UNC Hospitals.

After a rare brain tumor at thirty years old, Mr. Bandy made a career switch to become a golf professional, and he spent the rest of his career working in the golf industry. He worked at Hope Valley Country Club, the Dunes Golf and Beach Club, and then finished his profession at Chapel Hill Country Club.

Mr. Bandy is survived by his wife of forty-nine years, Wanda (Beaver) Bandy, of Chapel Hill, NC.  Alan is also survived by his daughter Brooke (Bandy) Dever, Brooke’s husband, Danny Dever, and granddaughter, Emerson Barnes Dever of Durham, NC.  In addition, Mr. Bandy is survived by numerous relatives:  one sister-in-law Melissa Baker of North Wilkesboro, and many nieces, nephews, and cousins. Stephanie Cordick of Greensboro, another sister-in-law, predeceased Alan in 2017.

Alan Bandy loved being on a golf course enjoying time with friends. He was fortunate to have close friends who became like a brotherhood. His favorite thing to do was watch his granddaughter, Emerson (who called him Birdie), play the game he loved so much.  Alan loved annual trips to the North Carolina coast with friends and family.  A very special “love” of his was the North Carolina Tar Heels.

Per Mr. Bandy’s request, no funeral services will be held at this time.  The family is planning a celebration of life event to be held in the spring.  Memorial contributions may be made to UNC Hospice where a tribute has been set up in Alan Bandy’s name.  You can mail your donations to UNC Hospice, c/o UNC Heath Foundation, 123 West Franklin Street, Suite 510, Chapel Hill, NC  27516  in memory of Alan Bandy;  be sure to include your name and address.  Donations may also be made online at the following link and by adding Alan’s name in the left-hand side: https://give.unc.edu/donate?p=MFHO.

The family would like to express its deep appreciation to the staff at Moore Regional Hospital in Pinehurst, NC, and the Jim and Betsy Bryan Hospice Home for their compassionate care during the last month. Wanda and family are also extremely grateful to the many friends and family who have supported them during this difficult time.

Share Your Memory of
Alan
Upload Your Memory View All Memories
Be the first to upload a memory!
Share A Memory