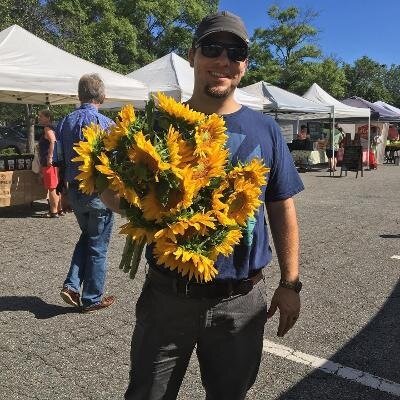 Andrew  attended Indiana University Bloomington 1999-2003 where he earned his BS degree in psychology with particular focus on child psychology. During this time he volunteered his time with the IU Developmental Psychology Dept focusing on infant cognitive development. Andrew spent a summer in New Hampshire as a camp leader for Wediko Children’s Services which works with students from 9 to 18 with complex psychiatric profiles and disruptive behaviors. He participated in Habitat for Humanity and was on the IU Deans list. Following college graduation, Andrew moved to Chapel Hill North Carolina for a few years where he taught preschool, and volunteered his time with Carol Woods Senior living and the creation of their much-loved garden before joining the Peace Corps.

Andrew spent 2 years in South Africa from 2005-2007 with the Peace Corps. In the remote village of Agincourt he initiated  implementation of a water delivery system to the school where he served. Working with local educators he wrote and secured grants that provided computers to all of the students in the classrooms he oversaw. Many of his Peace Corps friends and co-workers have expressed their deep condolences and all had uplifting and emotional stories of the positive impact Andrew had on their lives.

Upon returning from the Peace Corps, Andrew began a journey in 2007 as Personal Assistant/Property Manager/Event Coordinator to Philanthropists Walter and Jo Ann Davis. He remained until the passing of Walter and then eventually of Jo Ann in 2020. Andrew was a fierce promoter of environmental causes, political causes and the “buy local” movement. He walked the talk. He took a lead role and helping to establish the Chapel Hill Farmers Market and acted as liaison and advocate to the Chapel Hill Town Council and developers in the design /development of what will be the permanent home for the farmers market.

Andrew was a person full of life, passion, and kindness. He knew how to love. He also had a sense of humor that was witty and disarming at once.  No one was a stranger to him and he had a true compassion for the downtrodden and less fortunate. A truly generous soul. His presence was always welcome and would fill the room. His big smile and uplifting nature would cut through to the heart and he was unafraid of revealing his true self. Of his many passions was his family and close friends. Next was his connection to the natural world. Andrew connected deeply with nature and was grieved by the current state of the environment. His love for nature cannot be overstated. He spent many hours at his 10 acres on Pickard’s Meadow in Carrborro, where in the beautiful woods, life made sense to him. He had many deep and meaningful friendships all over the country and the world. There are not words that adequately express the light that Andrew was. Those who were privileged enough to have known him, understand. Neither are there words to describe the depth of this loss. The loss of Andrew will be grieved by many, and yet, his life and example will continue to be celebrated. In his wake Andrew left behind his son, El Ross, his parents Josh and Barbara Ross-Fletcher,  Step Mom Amy Fletcher, and 6 siblings who will forever ache for more laughs with their curly headed brother: Silas Fletcher, Anna Fletcher-Stewart, Eric Fletcher (Amanda), Fletcher Ross , Christina Fletcher, Ben Ross (Preaw). He also leaves behind 8 nieces and nephews: Kaelan, Wesley, Phoenix, Rayna, Jacob, Jasmine, Lia and Kora as well as a large extended family in Texas and Cincinnati who adored him.

Andrew’s favorite time was Spring and to honor him there will be a beautiful celebration of life  that will be announced prior to that time. He asked that, in lieu of flowers, donations be made to The Paper Hand Puppet Intervention of North Carolina or the Chapel Hill Farmers Market.

Share Your Memory of
Andrew
Upload Your Memory View All Memories
Be the first to upload a memory!
Share A Memory