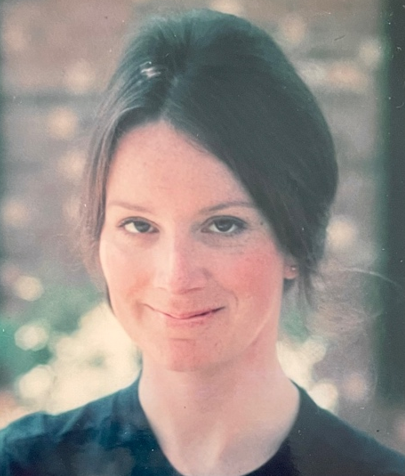 Dianne Murphy Frazier, 79, died peacefully at home on Sunday.  She succumbed to metastatic breast cancer that had been successfully treated for decades.

Dianne was born to Mable and John Patrick Murphy in Wilkes-Barre, PA. At the age of three, she lost her father.  Her mother moved the family back to her hometown of Riverhead, NY, and it was there that Dianne and her brother, Bill, spent their formative years.  Four years later, Philip Lipetz became Dianne’s beloved step-father.  Dianne attended Riverhead schools and graduated as valedictorian of her high school class.  During her school years, she was highly active in the Girl Scouts, played first cello in the school orchestra, was editor of the school paper and spent her summers as a camp counselor and, later, as the first female lifeguard on the Long Island Sound.  Dianne received her B.A. magna cum laude from Drew University where she was part of the water ballet team, art editor of the yearbook, social chair of her Junior and Senior classes and many other extra-curricular activities.  She received an NIH grant to pursue a Ph.D. in Biochemistry at the Duke University Medical School.  Upon receiving her degree, she accepted a postdoctoral position at the University of North Carolina at Chapel Hill in Pediatric Biochemistry.

Dianne remained at UNC for 43 years, as a faculty member and researcher in the School of Medicine, eventually promoted to Professor of Pediatrics at the Medical School.  She also received a Masters in Public Health from the UNC School of Public Health and was a Registered Dietician.  Her focus was inborn errors of metabolism and newborn screening.  During her career, she taught hundreds of undergraduate, graduate, and medical students, managed a clinical caseload of over 300 patients, published 60 book chapters and journal articles, and was an invited lecturer at numerous national and international conferences.  She held elected and appointed positions in the North Carolina Medical Genetics Association, the Durham Chapel Hill Dietetic Association, the South Eastern Genetics Group (SERGG), the Genetic Metabolic Dieticians Internal (GMDI), and the North Carolina Newborn Screening Advisory Board.

Dianne was a giant in her field: she developed protocols for newborn screening and helped North Carolina become the first state to implement a program for screening for over 20 inborn errors of metabolism.  Because of her extraordinary impact on improving the lives of countless children, she was conferred the Order of the Long Leaf Pine: North Carolina’s highest civilian honor.  Additionally, Dianne was recognized for her service with a SERGG Professional Recognition Award, GMDA Lifetime Achievement Award, and the Drew University Lifetime Achievement Award.

Dianne met her husband, Jim, when she moved to Chapel Hill and they raised two daughters: Jenny and Becky.  While continuing her professional career, Dianne was the consummate homemaker: she loved to cook, make handmade gifts, design and sew clothes and grow flowers.  She taught Sunday School and was a volunteer at the University Presbyterian Church; she was also a leader and volunteer with the Pines of NC Girl Scouts.  She and Jim loved to travel, hike and go antiquing.  Dianne was a voracious reader and in recent years reached her goal of reading 100 books per year.  After retiring, she enrolled in the Botanical Illustration Program at the North Carolina Botanical Gardens.

Dianne was preceded in death by her parents, step-father, and daughter, Becky.  She leaves behind her beloved husband of 50 years, Jim; her daughter, Jenny Frazier Strasburg (Sean), and granddaughters Sadie and Betsy Strasburg; brother Bill Murphy (Linda), their children John and Kate Murphy; her brother-in-law Harold Frazier (Deborah) and their children Liz Peck and Richard Frazier; numerous cousins, nieces and nephews.

Dianne’s family wishes to give their heartfelt thanks to the caring physicians and staff of the UNC Lineburger Cancer Center and Chapel Hill Internal Medicine as well as the wonderful caregivers of Homewatch Caregivers.

Share Your Memory of
Patricia
Upload Your Memory View All Memories
Be the first to upload a memory!
Share A Memory