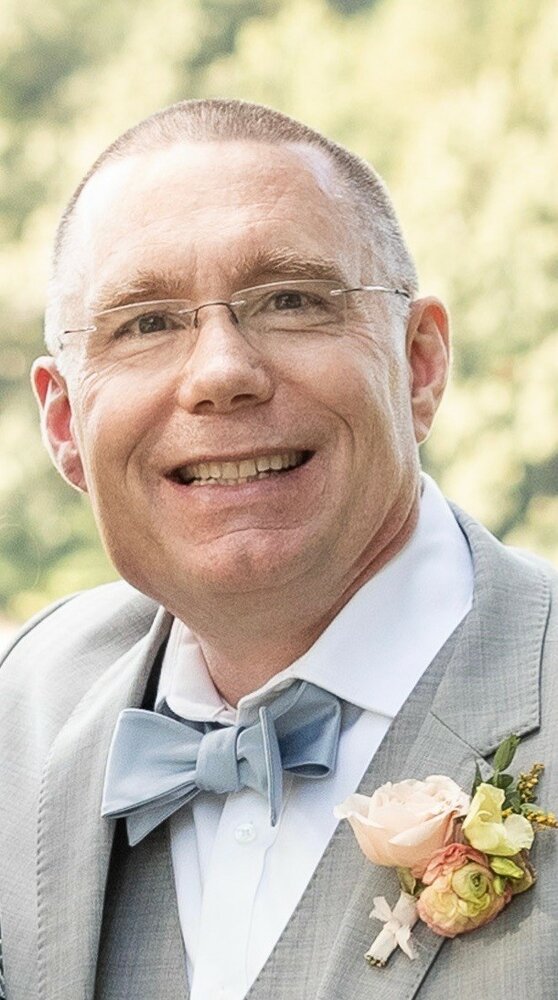 Peter Rieth passed away unexpectedly from a heart attack on Friday October 15th, 2021. His absence leaves an impossibly large void in our lives, but his presence is still felt in the impact his spirit has had on his wife, family, and friends. We all have a part of him with us, elements of his personality that are reflected in those that knew and loved him - humor, creativity, perfection, intelligence, charisma, and ethics. Peter’s story began when he was born to parents Judy Anderson and Peter Rieth, Sr. He was raised in childhood by his mother and his stepfather Tom Frawley, and mentored and loved in his adult life by his mother’s husband Joe Anderson. Peter grew up with his brothers Tim Rieth and Matt Frawley. He graduated high school as class valedictorian and earned a college scholarship from IBM to attend the University of Minnesota where he graduated with a Bachelor’s in Computer Science and Minor in Business.

After a short stint as a computer salesperson and a stockbroker, he found his work home at IBM where he stayed throughout his career. Although he had a degree in Computer Science, it was the business side of work that captured his interest. He received an MBA at Duke University (despite a loyalty for his beloved UNC Tar Heels) and transitioned his career into managing worldwide strategy for laptops and desktops, marketing cloud services, and helping to build a block-chain business. Recently he obtained his Master of Science in Business Analytics from the University of North Carolina - Wilmington, because for Peter, one Master's degree is not enough.

He met his future wife Kirsten when they both were members of a college honor society. Over the 35 beautiful years they had together, they shared an immeasurable amount of love for each other and their children. Peter was a loving and inspirational father to his four children: Jordan (wife Veronica), Darian (husband David), Kinsey, and Grayson. He dedicated so much of his time to attend their cross country meets, basketball and soccer games, plays, and improv shows. His patience was second to none, which was demonstrated by his ability to teach four children how to drive stick shift. Later on in life, he became “Pops” to his two grandchildren. He was their idol - when Pops was in the room nobody else mattered.

Many people know that Peter was a dedicated and enthusiastic soccer coach. Always a perfectionist, he became frustrated when his 8 and 10 year old daughters weren’t receiving Premier League level coaching. He immediately decided to take action, starting by coaching his own daughters in recreational leagues. Later, he moved on to travel soccer and eventually added AAU basketball to his coaching expertise. He ultimately decided that his patience did have a limit - the drama of teenage girls. So he instead switched his focus to starting an early soccer skills training program for young girls. Coaching was a huge part of Peter’s life. He launched many successful soccer careers and eventually transitioned to being a referee, receiving the same spirited advice from parents that he once gave to other officials.

Peter was an avid fan of designing and constructing houses. This passion started when, as a teenager, he helped to build his family home. As an adult he took on huge construction projects: tearing off the roof of an 1880’s cape cod style home and replacing it with a second story; building a Victorian style house from the ground up; adding a large family room expansion on a suburban home; and his final masterpiece, creating a castle-themed home for his wife.

Peter loved and was loved by many. His impact is reflected in all the lives that he touched. His family is planning a memorial service for later this year and will provide details in the future. Please email peterriethmemorial@gmail.com to be added to the notification list. In lieu of sending flowers, the Rieth family suggests donating to one of the charities below:

Share Your Memory of
Peter
Upload Your Memory View All Memories
Be the first to upload a memory!
Share A Memory