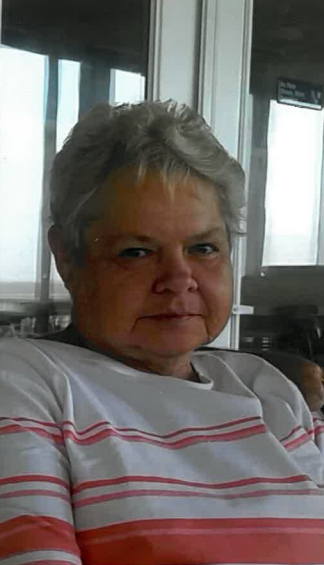 Carolyn always went by Carol. She was born in Chatham County, Georgia to the late Cleo and Flo Harnage.

Carol and Wayne met in Myrtle Beach, South Carolina in 1964, while she was working in a restaurant as a waitress. On April 15, 1965 the were married on tax day so that Wayne would never forget their anniversary. Wayne being in the service, they traveled and lived in 21 different states over the years. They lived in Tokyo, Japan for 6 of those years.

In the different states they lived in, Wayne always coached football and Carol would always become the team mother. The last team she was like a mother too was the Cedar Ridge High School Football Team. Carol loved so many things including baking, cooking, yard sales with family, beach trips, tanning with baby oil and iodin (her secret tanning oil), and fishing with her husband. On the weekends, she enjoyed playing bingo with her friends at the VFW in Burlington. Most of all she loved spending time with all of her grandchildren and great grandchildren.

A Memorial service will be held at Walker’s Funeral Home of Mebane on Saturday, October 16, 2021 at 4:00pm with the family receiving friends before the service from 3:30 – 4:00pm.

Walker’s Funeral Home in Mebane is serving the Kirkman Family.

Share Your Memory of
Carolyn
Upload Your Memory View All Memories
Be the first to upload a memory!
Share A Memory