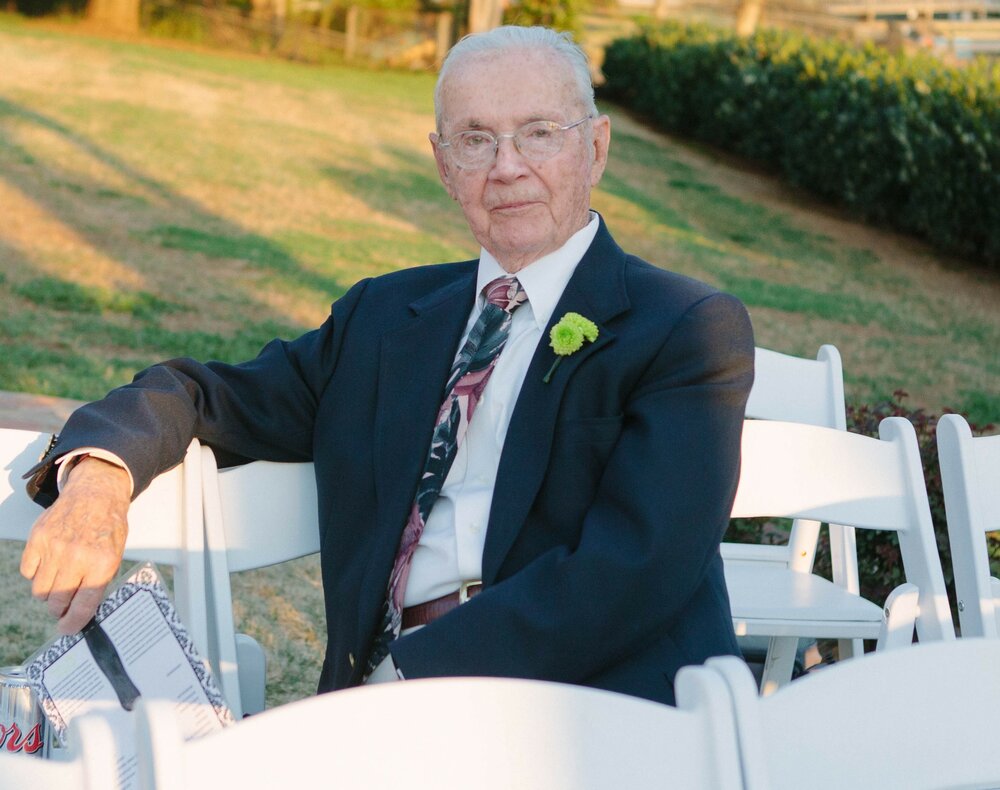 Joseph F. Prendergast, Jr. (Joe) passed away peacefully on October 9, the day after his 98th birthday, with family at his bedside, in Charlotte, NC.  His children, grandchildren, and great-grandchildren consider ourselves lucky for the time with Dad/Grandpa/Great Grandpa and are grateful his sense of humor was on display his entire life.  We treasure the time with him, the visits he made to our colleges, the dinners he treated us to with our friends, and especially the stories he shared about watching Babe Ruth play baseball at Yankee Stadium and WWII.  We are still in awe of his determination to keep up with technology, even befriending a person who worked for a cell phone company and going to their home to reload his minutes when he was in his 80’s.  It is sad to say goodbye.  We commend and honor him for his long, successful life and the example he set for others by how he lived, save a few foul words courtesy of dementia.

While Joe was serving as a Sergeant in the U.S. Army during WWII, he married the love of his life, Clara George.  His love for Clara was evident to anyone they met, and they were fortunate to celebrate 53 beautiful years together.  Joe and Clara raised three children and enjoyed traveling and golfing together.  He graduated from the University of Southern California (USC) with a degree in Commerce and Finance.  In addition to the New York Yankees, Joe was an avid fan of the USC football team.  It was not unusual for him to stay up until the early morning hours (even at 90 years old) to watch the Trojans when they had a late game on the west coast.  In his earlier years, Joe was also active in the Knights of Columbus and a dedicated member of the Catholic Church.  He was a devoted family man and a stable and constant source of love and loyalty.

Joe’s career consisted of working for Southern Railway, NYC and Ft. Lauderdale, FLA offices, and American Newspaper Publishers Association (ANPA), NYC and Reston, VA.  ANPA is an association of all the major newspapers in the U.S. and Canada, and Joe was manager of Traffic and Newsprint.  He retired in the early 1990s, and he and Clara moved to Fearrington Village, Chapel Hill, NC, where he lived until he moved to Charlotte to be closer to family.  While in Chapel Hill, he and Clara enjoyed bridge and golf with their friends there and they attended St. Thomas Moore Catholic Church.

Joe was preceded in death by his wife, Clara, sisters Dorothy, Gloria, Muriel & Patsy, and parents Joseph F. Prendergast, Sr., and Dorothy and his beloved dog Terri whom he spoke of often in later years.

Share Your Memory of
Joseph
Upload Your Memory View All Memories
Be the first to upload a memory!
Share A Memory