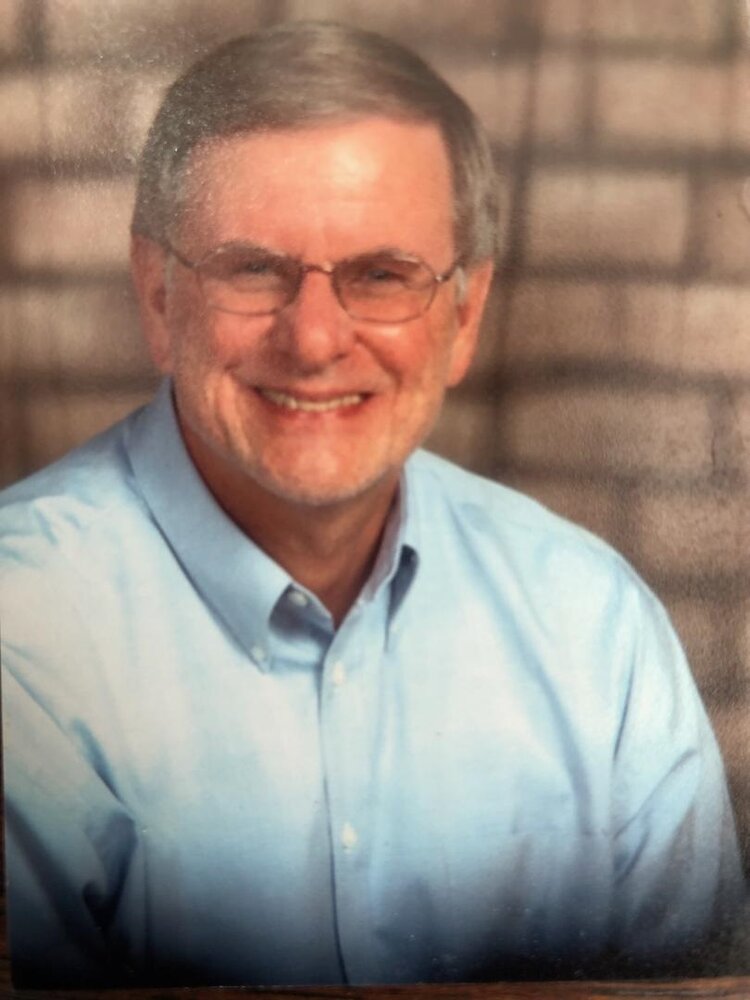 Charles “Charlie” Price Loveland, 76, of Kernersville, passed away peacefully on August 31, 2021 in Hillsborough, NC surrounded by his family.

Charlie was born in Lake Wales, Florida to the late Josephine Price Nichols and the late Charles Welling Loveland.  He grew up in Shelby, North Carolina with his sister, Jo Lee and many pets.  He was particularly fond of his beagle, Connie, and shared stories of how she rode in his bicycle basket during his daily paper routes when he was in junior high school.  He enjoyed baseball and football, and had great enthusiasm for sports cars.  He attended Garner-Webb College, and ultimately graduated from NC State University’s School of Engineering.  His degree led him into a lifelong career in mechanical and manufacturing engineering.  He was a member of the United Methodist Church, and constantly worked to refine his faith, and live in a way that reflected his beliefs through his actions.

In 1966, Charlie started dating Kathy Teele, from his hometown.  After several years of dating, Charlie and Kathy enjoyed 50 years of marriage, and two daughters.

He is survived by his wife Kathy, his daughter, Julie Loveland Applegate (Mark) of Marshall, NC, daughter Kimberly Loveland Runkle (Daniel) of Hillsborough, NC, and five grandchildren: Katelyn, Anna, Jackson, Ben, and Molly.  In addition, his sister, Jo Lee Loveland-Link (John) of Star Tannery, VA, his nephew Sun King Davis of Washington, DC, his niece Ashley Egan (Bryan) of Fort Washington, MD and their children Sionainn, Aspen, and Rowan.  He is also preceded in death by his stepdad (Lauris “Nic” Nichols), and his nephew and namesake Charles “Charley” Davis.

Charlie was a loyal, devoted, protective husband and father, and he dedicated his energy and time into loving his family well.  He enjoyed time outdoors, golfing, photography, working out at the YMCA, landscaping, dancing, and designing special occasion cakes with his wife.  He was a faithful companion to Kathy through countless adventures they shared with their children and grandchildren.  They enjoyed sporting events, live music, and attending UNC-CH events while sporting NC State red attire.  Charlie enjoyed grandchildren very much, and was fascinated by the energy they created.  He was known for his quick wit and hilarious yet subtle sense of humor.  Charlie was a quiet observer who cared deeply, and he was always looking for ways to better understand the passage of time, space, and the “amazing human race” as he called it.  He found interest in historical documentaries and scientific presentations of outer space and beyond.  He leaves a legacy of love and instilled values of the importance of hard work, and devotion that will be admired forever.

The last several years of Charlie’s life were impacted by the progression of Alzheimer’s disease, but flickers of his spirit and personality prevailed until the end of his days.  The family has deep appreciation for the care teams of Elmcroft Memory Care, Authora Care Hospice, UNC Hospitals, and Peak Resources- Brookshire.

A memorial service in celebration of his life will be held outdoors (to combat the spread of Covid-19) at Hillsborough United Methodist Church on September 12, 2021 at 2:00 pm with Reverend Cameron Merrill officiating.   The family will receive friends after the service at the same location.  In lieu of flowers, memorials may be made to HIllsborough United Methodist Church or Authoracare Hospice.

Condolences for the family may be left online at www.walkersfuneralservice.com.   Walker’s Funeral Service has been entrusted with assisting the family.

Walker’s Funeral Service has been entrusted with assisting the family.

Share Your Memory of
Charles
Upload Your Memory View All Memories
Be the first to upload a memory!