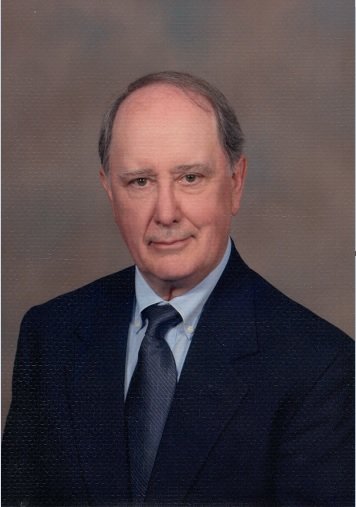 William (Bill) Bainster Wood,Sr passed away July 22,2021 following a brief illness. Bill was born in Surry Co.,NC and spent his childhood on an apple orchard in the Traphill area and later Mountain Park. As a teenager the family moved to Greensboro, where he attended Bessemer High School and met his future wife, nee Virginia Dare Ferguson. Bill was involved in the drama club, yearbook club, Scouting among many other activities. Following high school he worked for Bell Telephone as a lineman, then was admitted to UNC as an undergraduate. During this time he joined the naval ROTC. His studies led him to pursue his desire to attend medical school.

After completing Submarine Medical Officer Training in 1960, his service, both active and reserve, included the Submarine Service and the Experimental Deep Sea Diving Unit. In 1965 he was part of SeaLab II off the coast of La Jolla,CA, earning a Navy Unit Commendation Ribbon and would later retire as a Commander. That career coincided with his joining the faculty at the UNC School of Medicine. He worked in Pulmonary and Infectious Diseases and became an associate dean of the School of Medicine.

Outside of his naval and teaching careers, Bill enjoyed a host of activities including gardening, travel, writing, involvement in the American Chestnut Foundation, Stephen Ministry and woodworking. He was an avid reader and had a profound love for people and nature. He is survived by his loving wife of 69 years Virginia F. Wood, 3 sons, 2 daughters-in-law, 11 grandchildren and 5 great-grandchildren.

A funeral service will be held at 2:00 pm Tuesday August 3, 2021 at University Presbyterian Church at 209 E. Franklin St. Chapel Hill.

In Lieu of flowers, a donation to a charity of your choice would be appreciated.

Share Your Memory of
William (Bill)
Upload Your Memory View All Memories
Be the first to upload a memory!