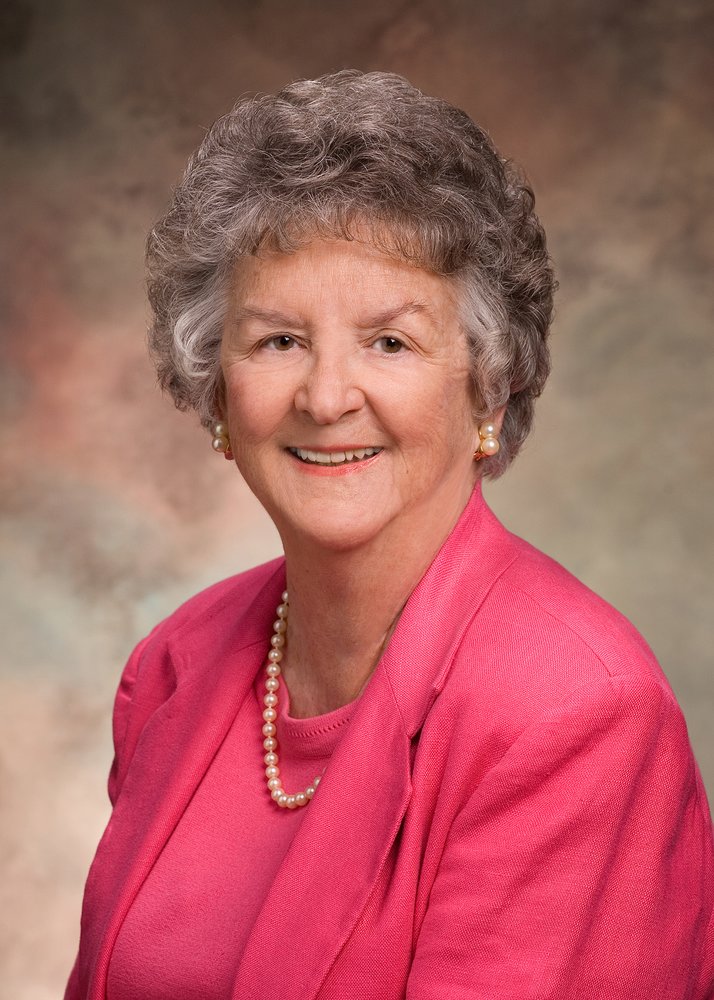 Mariechen Smith’s long and joyful life came to an end at Carolina Meadows in Chatham County, NC, where she resided for the last 24 years.

George and Mariechen married in 1946. During their 56-year marriage they lived in New York City; Darien, Connecticut; and Punta Gorda, Florida before moving to North Carolina in 1997. Their greatest pleasure was spending time with friends and family cruising on the various boats they owned over the years, each named “Cheers.” Mariechen was an avid sports lover. She played field hockey as a young woman, tennis throughout most of her life, and golf and croquet in her later years.

Mariechen’s business life was varied and fulfilling. When she and George lived in New York she was the publicity director at a national toiletries company, and a magazine writer and beauty editor. When they lived in Connecticut she worked as a realtor, a career she continued when they moved to Florida. Her real estate career was an especially good fit for Mariechen’s outgoing, friendly nature, and her desire to meet and talk to people in all walks of life. She maintained a busy social schedule, and was a prolific correspondent who maintained relationships with a wide range of friends from every facet of her life.

Mariechen was always a woman ahead of her time. She was a working wife and mother when many of her peers were not. After giving birth to her son, she was the first person in her company to be granted maternity leave. She was the first female lecturer on real estate principles and practices at the University of Connecticut. She role modeled “you can do whatever you want” to her daughter, whose early career was in a male-dominated field.

Mariechen was "Nana" to her grandchildren, and her vivaciousness was an inspiration for how to live life fully. She was unfailingly supportive of her grandchildren's dreams, and as an advocate of education, supported each as they pursued their educational and professional goals. She embraced the paths each of her grandchildren took; telling her about the latest adventure in life was a joy, as her excitement was infectious. Her loss will be felt for a lifetime, but so will the lessons and love she imparted.

The family is grateful for the wonderful staff at the Pines Health Center of Carolina Meadows, who tended Mariechen with compassion, dignity, and humor. An activities specialist beautifully captured her personality in a lovely note to the family: “Your Mom was without a doubt the finest impromptu Social Director of the Pines I have ever known. If there was a party going on she would find it. If there was no party she would create one. She loved to sit with other residents at the nurse station lounge area whenever I played piano there. She encouraged others to join in the singing, usually after she had announced she could not sing but loved the music and the people. Mariechen was classy, sassy, and unforgettable.”

The family will gather for a memorial service at Kensico Cemetery in Valhalla, NY.

Share Your Memory of
Mariechen
Upload Your Memory View All Memories
Be the first to upload a memory!