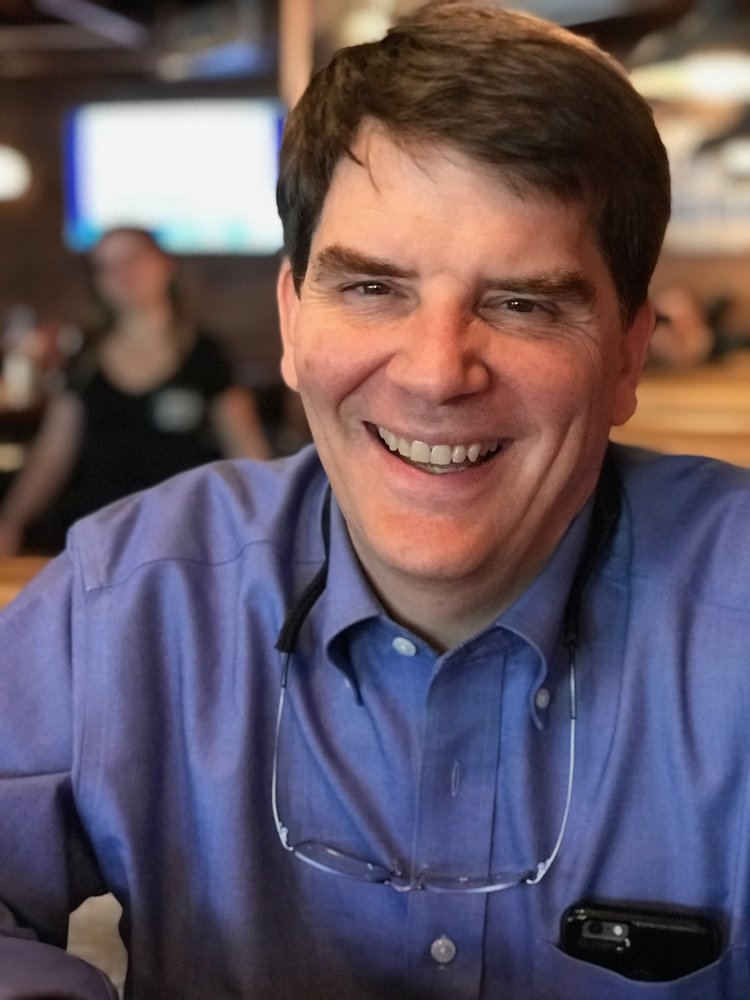 Brent was born in Greensboro, North Carolina. Growing up, Brent quickly began to manifest the aspects of his personality and character that defined the outstanding man that he became.  In high school, he was an ideal student.  He participated in activities such as Muscular Dystrophy Association and Boy Scouts (Eagle Scout).  Most importantly, he was active in Greensboro Youth Council where he met is future wife, Cindy.  They both attended UNC-Chapel Hill, where Brent managed to attend every home basketball game of his undergraduate career. He graduated with a BS in Business Administration with a concentration in Accounting. He married Cindy a month later in 1984.

After graduating Brent and Cindy moved to Honolulu, where they lived for six years. In Hawaii, Brent and Cindy had wonderful adventures, made lifelong friendships, and started their careers.

Brent and Cindy returned to North Carolina in 1990. They raised their children (daughter Emma, born in Hawaii, and son Benjamin, born just after their return to North Carolina) in the Chapel Hill/Durham area. Brent was born to be a fun Dad.  Emma and Ben were the unquestioned focus of his life; he delighted in them every day. The family was deeply involved at Chapel Hill Bible Church.

Brent pursued his professional life as an accountant with zeal, integrity and vigor.  He was a compassionate and thoughtful co-worker,  and was amazing in his ability to consider all sides of issues.  Most recently, Brent worked at Trinity School of Durham and Chapel Hill, where he served as Director of Finance. As with all of his other jobs, he was beloved by his co-workers and devoted himself completely to the work at hand.

Brent loved his community well, from his mom and siblings to extended family, friends and neighbors. His in-laws loved him as one of their own.

There are so many things about Brent that showed what an amazing person he was.  He loved games.  He always did the right thing.  He took care of everyone.  He was profoundly honest, dependable, affirming, and creative.  His faith was paramount to him; he lived it every day, grew from and with it, and found joy and peace in it.

A celebration of life service will be held on Thursday, June 17 at 2PM at the Chapel Hill Bible Church.

Donations may be made to either to the Trinity Forward Campaign (Niesha Campbell, ncampbell@tsdch.org) or the Chapel Hill Bible Church.

Share Your Memory of
Brent
Upload Your Memory View All Memories
Be the first to upload a memory!