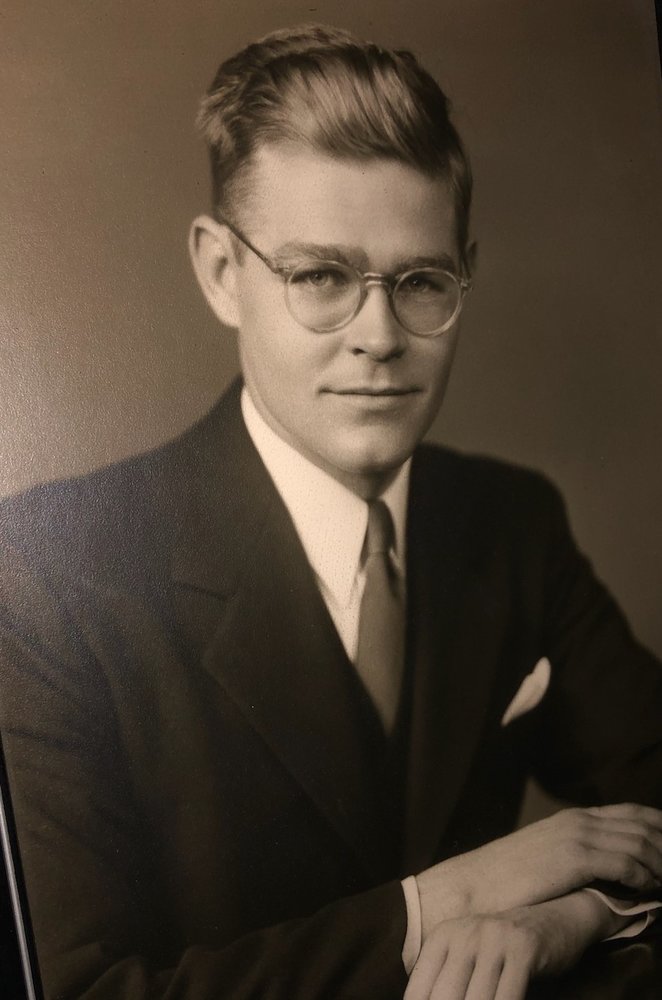 Curtis F. Jones passed away on Saturday, June 5, 2021. He was born in Bangor, Maine, on October 25, 1921, graduated from Bangor High in 1939, and attended Bowdoin College, graduating early in 1942 to join the Army. He was posted to several different locations during WWII, including the University of Pennsylvania for Arabic language study, but served the last and longest as an air traffic controller on Johnston Atoll in the Pacific; he was Honorably Discharged as a Sergeant in 1945. He joined the U.S. State Department as a Foreign Service Officer after the war, and was sent back to U Penn for further Arabic study, and then to Beirut, which was his first foreign post in 1946, and his last in 1971. He also served at posts in Ethiopia, Libya, Egypt, Yemen (Aden)/Muscat and Oman, and Syria. He spent a year at the U.S Naval War College, also earning his M.A from George Washington University. His final assignment was as Director of the Office of Research and Intelligence for the Near East and South Asia; he retired in 1976. He moved to Chapel Hill in 1977 and decided it was the best place in the world and never moved away. He was active in the Rotary Club for several decades, played tennis until he was 92, and was a lifelong birder, arborist, and gardener. He spent most of his retirement years writing (his articles were published both locally and nationally), speaking, and teaching (e.g., the Triangle Institute) from his direct experience of the Middle East; he also published two books (“Divide and Perish: The Geopolitics of the Middle East” and “The Wars of the Middle Eastern Succession 1914-2016”) and was working on a third.

He was preceded in death by his wife, Elizabeth (“Betty”) Swann Jones, his parents, Ernest F. and Florence (née Carll) Jones, and his brother, Sherwood Jones.

He will be missed by his Carol Woods neighbors, who were still enjoying his tomato harvest through the pandemic year, and his friends and colleagues throughout the Chapel Hill community.

In lieu of flowers, donations may be made to Rotary International.

Share Your Memory of
Curtis
Upload Your Memory View All Memories
Be the first to upload a memory!