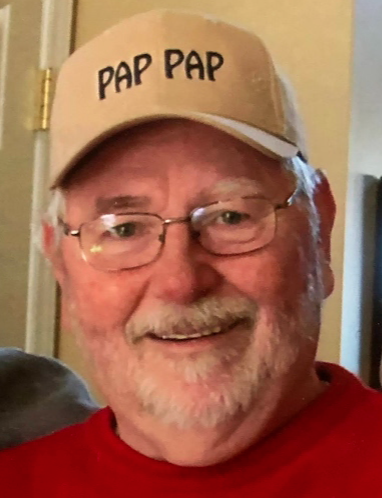 Former Erieite, Thomas James “Tim” Herron, passed away peacefully on May 23, 2021 in Chapel Hill, North Carolina with his wife and daughter at his side. He was born in Pittsburgh, PA on September 11, 1948, the son of the late Thomas J. Herron, Sr. and Mary Brannon Herron. He moved to Erie as a young boy and grew up in Millcreek Township. He was a 1966 graduate of McDowell High School.

Tim began his lifelong career in the cooling tower industry at Zurn Industries in Erie, PA in 1974. Due to many mergers and buy-outs, he and his family spent the next 40+ years moving around the country, living in Tampa, FL, Ft. Worth, TX, and Kansas City, KS. He retired in 2014 and moved to Mebane, NC to be close to his daughter and her family.

Tim was a Catholic and a member of the Blessed Sacrament church in Burlington, NC. He also enjoyed attending services with his daughter’s family at Orange United Methodist church in Chapel Hill, NC.

He enjoyed keeping a beautiful yard and golfing. He was also an avid Nascar fan and enjoyed keeping up with the Florida State Seminoles, the Pittsburgh Steelers, the Kansas City Chiefs, and the Tampa Bay Buccaneers. (He rooted for the Bucs in the last Superbowl!) The highlight of his later years was babysitting his grandson JT and looked forward to one day playing catch with him. He loved taking Ailin to the park and eating Emmie’s delicious cookies. He will be remembered most for protecting and watching over his family.

Visitation will be held on Friday, June 4 from 4:00-7:00 at Dusckas Taylor Funeral Home in Harborcreek, PA. Mass will be held on Saturday, June 5 at 10:30 am at St. Mark the Evangelist Catholic Church in Lawrence Park, PA. A gathering will be held in Mebane, NC for friends and neighbors at the gazebo at Manorfield in Mebane, North Carolina on June 19 at 11:00 am. In lieu of flowers, donations can be made to the American Cancer Society at cancer.org or the Juvenile Diabetes Research Foundation at jdrf.org.

Share Your Memory of
Thomas
Upload Your Memory View All Memories
Be the first to upload a memory!