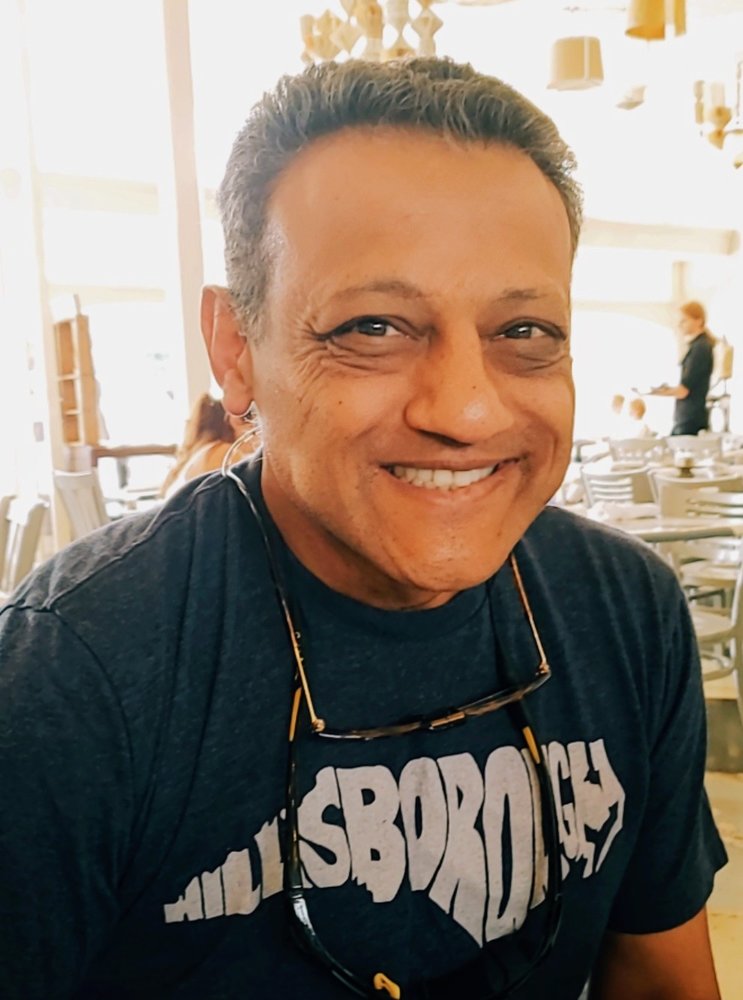 Dr. Guha was a graduate of Boston University (B.A.Sc., 1982), where he majored in biology with a minor in chemistry, and of Boston University School of Medicine.  He completed his internship at the New England Deaconess Hospital/Harvard Medical School in 1987. He was certified in Advanced Cardiac Life Support by the American Heart Association, Advanced Trauma Life Support by the American College of Surgeons, and Pediatric Life Support by the American Heart Association. He was a military veteran of the Medical Corps of the United States Air Force, and served on the Seymour Johnson Air Force Base in Goldsboro, NC, and the McDill Air Force Base in Tampa, FL.  After leaving the service, he worked as an emergency physician at several hospitals over the course of his career, most recently at Martin General Hospital in Williamston, NC. He also served as Emergency Department Medical Director several times during his career, including at Johnson UNC Health in Smithfield, at Nash General Hospital in Rocky Mount, and at UNC Rockingham Health Care in Eden.  Dr. Guha made an impact on countless people’s lives during his medical career of over thirty years.  He was known as a compassionate, caring physician and as a teacher to his colleagues.  He was a steadfast and knowledgeable doctor who was there for his patients when their need was greatest.

In addition to his career in emergency medicine, Dr. Guha was a lifelong entrepreneur and innovator, serving as founder, CEO, and CMO to several businesses, including a medical-legal consulting firm and, later, a chain of combined primary/family and urgent care clinics -- a new concept at the time -- in which he also practiced. Most recently he had been working tirelessly to start a virtual telehealth clinic geared specifically towards meeting the health care needs of the LGBTQ+ community.  He was poised to begin the Executive MBA program at the University of North Carolina’s Kenan-Flagler Business School.

John was an active hobbyist throughout his life and threw himself into a wide variety of interests.  He enjoyed hiking and camping in the mountains (including ultra-light camping), white water rafting, kayaking, scuba diving, roller blading, weightlifting, motorcycle riding, and, in recent years, boating and fishing. He genuinely loved to be on the water. He had a passion for wood-working and was an animal-lover who cared for dogs, cats, and both freshwater and saltwater aquariums over the course of his life.  He also had an enduring love of tennis, a passion he shared with his children; Joy, Maya, and Naren were all successful in their High School tennis careers as a result of his dedication and coaching. He was an avid reader who particularly enjoyed works on topics such as religion, eastern philosophy, neuroanatomy, and artificial intelligence. He enjoyed speculating on what possibilities the future would hold for humanity’s understanding of itself and its place in the universe.  He loved to travel and was especially honored to meet Mother Teresa while touring her hospital in 1992.

John is survived by his four children, Anne Mira Guha, 37 (spouse Joseph Zeranski), with Kristine; and Joy Godfrey Guha, 25; Maya Godfrey Guha, 24; and Naren Godfrey Guha, 22, with Wanda.  He was also survived by his wife, Alison Vernon, as well as his family in India, with whom he remained very close. He was an only child and was preceded in death by his parents. The loss of his mother in recent years led him to reflect deeply on the meaning of his own life, as well as to intensify his work to improve himself and to contribute to the world. A devoted father, he often shared with others how proud he was of his children and their accomplishments.

John was an extraordinary man who was beloved by many. His life’s work was to heal; physically and emotionally.  Strong in his opinions and decisive in their execution, spiritual and loving, always pushing for the best, both a teacher and student in many ways and in many things, a friend, and a brilliant colleague. He will be missed beyond words by those who loved him.

Due to the pandemic, which Dr. Guha took very seriously as a physician, his family has made the decision not to hold a memorial service.  Instead, his family welcomes those who knew him to share memories to honor his life, relationships, and accomplishments.  As a cancer survivor, he wished that charitable donations be made to the American Cancer Society, www.cancer.org, in lieu of flowers.

Walker's Funeral Home of Hillsborough is honored to assist the Guha family.

Share Your Memory of
Subrata
Upload Your Memory View All Memories
Be the first to upload a memory!