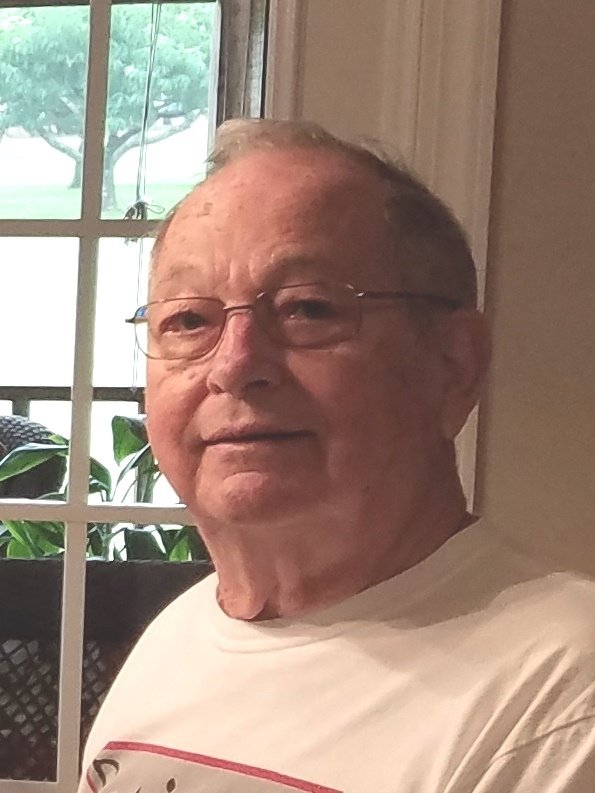 William Emil “Bill” Moldovan, 83, of Pittsboro NC, passed away at home Sunday April 18th.  His loving wife of 56 years, Donna, was by his side.

Bill was born in Fayette County Pennsylvania on March 19, 1938 to the late Emil and Lenora Moldovan.  It was in Pittsburgh that he met Donna, the love of his life.   They started their life together in Pittsburgh where Bill began working for Digital Computers in the 1960s.   He was proud to be at the forefront of the computer industry where he started working on the big mainframe computers as a technician. He later became a star salesman for Digital.   He saw the computer industry grow from the mainframe to the development of the laptop computer.  In the 1970s he wowed his daughter’s elementary school when he brought a computer to share with the class for show and tell.   He knew that computers were going to change the future and was always excited to share his passion.  In the 1990s, after retiring from Digital, Bill started his own company scanning documents for long term storage.  Again he saw the future.  He later sold the company where he continued on for a time as a sales rep.   He also had success with a business he started in the 1980s. The company started as a model railroad business, and developed into a successful online electronic sales company.  He continued with this business from home until shortly before his death.

Bill spent his first year with Digital in Boston with Donna, before transferring back to Pittsburgh.  They were later transferred to Detroit and then eventually to the Chicago area where they lived for many years.  In this time Bill enjoyed gardening and woodworking as hobbies.  He made several pieces of beautiful furniture, including cradles and changing tables as gifts to his children to celebrate the birth of his grandchildren.  Once retired, Bill and Donna moved to North Carolina to be closer to their two daughters and their families.  Along the way Bill made many good friends, and kept in touch with old friends and neighbors from everywhere he lived.  Although he lived outside of Pittsburgh for many years, Bill remained a die-hard Steelers fan.  In each community he lived Bill was an active member of the Catholic Church.  In his current Parish of St. Julia, Bill was a member of the Knights of Columbus where he was a Third Degree Knight with Council #13532.  He was a devoted husband and excellent father and grandfather.   He loved spending time with his family, and enjoyed any opportunity to spend time with his grandchildren.  Over the years there were many family get-togethers, but in-between he carved out time to spend one on one time with each of his daughters regardless of where they were.  He was the best lunch and road trip companion.  He loved exploring and never minded getting lost on a road trip.  He had a wonderful smile and laugh and an eternally optimistic spirit that will be greatly missed by all who loved him.

A memorial mass and celebration of life will be held on Tuesday, May 18 at 11:00 a.m. at St. Julia Catholic Church in Siler City, North Carolina.  In lieu of flowers, memorial donations can be made to the American Heart Association or the American Diabetes Association.

The Moldovan family is under the care of Walker's Funeral Home of Chapel Hill.