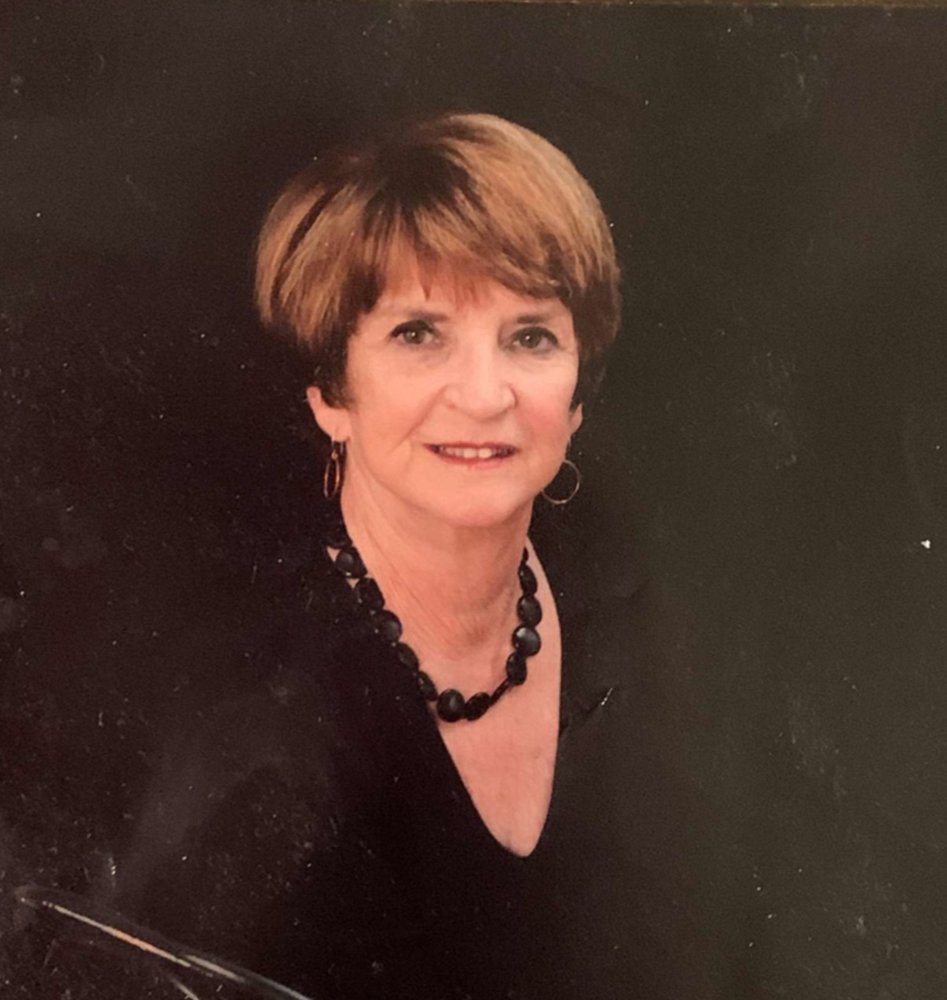 Dr. Patty Sue Maynard Hill was born on June 9, 1944 in Winston Salem, N.C., daughter of Ray W. Maynard and Etta Holloman Maynard. Her early childhood was spent in Yadkinville, N.C. and she moved to Winston Salem in the 7th grade. Growing up, Patty was inspired by her father’s example of nurturing family and friends, and meeting new challenges and ideas with curiosity and enthusiasm. She was a good student and athlete and was active in many clubs. She graduated from Griffith High in Winston Salem in 1962.  She was voted the #1 All Northwest Basketball Player her senior year. She also began dating her husband, Gary P. Hill, during her senior year.

Following high school, Patty attended Western Carolina for one year before transferring to the NC Baptist Hospital School of Nursing Program in Winston Salem. She completed their diploma program in 1966 and she and Gary were married in August of that year. Patty then entered UNC and completed her BSN degree in 1969. She then went on to complete the M.Ed. degree, majoring in adult education and minoring in pediatric nursing, guidance and counseling. She completed the intra-institutional PhD in adult education at NC State University with a minor in health policy and program development from the UNC Chapel Hill School of Public Health in 1986.

Patty had her first appointment as instructor at the UNC Chapel Hill School of Nursing in 1974 and was named assistant professor in 1976. She continued to contribute her expertise in maternal-child health and pediatric nursing, educating future generations of students who are practicing in North Carolina and around the world. She was an exemplary teacher, both in the classroom and clinical areas and in life, attending thoughtfully to whomever she was speaking, encouraging and offering wise input. She was co-author of Human Growth and Development Throughout Life: A Nursing Perspective, a nursing textbook widely used for many years. She published in the areas of child and adolescent nursing, and her work has appeared in Nurse Educator, the Journal of Maternal and Child Nursing, Journal of Care of the Hospitalized Child, and Nursing Clinics of North America. She contributed to numerous book chapters, served on editorial boards, and presented throughout the United States.

Patty served her alma mater, the University of North Carolina at Chapel Hill School of Nursing, with love and distinction. As a member of the Board of Directors at the School of Nursing Foundation, Inc., she was instrumental in helping to shape the future of the School so that students could enjoy the same level of camaraderie and educational experience that she did while an undergraduate. She was active in alumni affairs and was a member of the Alumni Association Board of Directors for many years.

Patty was committed to community service and was awarded the UNC Carrington Award for Community Service in 2015. She was appointed by the Orange County Board of Commissioners to serve on the Orange County (NC) Human Services Commission and was appointed by Governor Easley to the NC Health Services Commission. Always an ardent advocate for maternal and child health, Patty participated in the Child Abuse Awareness Forum. She chaired the Health Ministries Cabinet at University Methodist Church and participated in voluntary mission trips to underserved areas of Central America through the East Chapel Hill Rotary Club.  ECHRC recognized her many contributions by awarding her a non-member Paul Harris Fellowship.  Patty was a member of the UNC Board of Visitors and served on the Board of Charles House for many years.

As truly inspiring and impressive as Patty’s professional and community service activities were, she will be most lovingly remembered for her absolute and steadfast dedication to her immediate and extended family and friends. As professionally accomplished as she was, she was first and foremost a wife, mother, daughter, grandmother, niece, aunt and friend. She and Gary have three wonderful children, and six beautiful grandchildren. Patty supported her family while Gary was in dental school, and was always a caregiver by choice for multiple extended family members. As her children grew, Patty was an ever-present guiding force for them. She became a dedicated  tennis mom, supporting them in every way possible.

Her grandchildren have been the next generation to benefit from her consistent dedication and attention to the nurturing and development of the children in her life. Even through several years of illness, Patty has consistently maintained an active role in the lives of her grandchildren. Her home has always been open to them, and she structured regular visits for baking and arts and crafts, sharing and listening.

In addition to beloved family members, Patty also leaves behind a wide network of friends who have all known, loved and benefitted from her energy, enthusiasm, wisdom, humor,  nurturing and encouragement. Patty conscientiously maintained and sustained friendships from all periods of her life. She was genuinely interested in other people, and her many friends knew and appreciated that about her.

She remained an avid athlete throughout her life, playing golf and tennis with many of her longtime friends. She was also an artist, joining a small group of friends weekly for many years to paint, make dolls, and attempt a wide range of other crafts. She did, however, draw the line at sewing. Regardless of the activity, Patty was a consistent source of wisdom, encouragement and inspiration to her friends in that group and beyond.

Dr. Hill is survived by her husband, Gary Hill; her son Gary Jr. and his wife Angela and their two daughters, Lucy and Georgia; Christopher Hill, his wife Debbie and their three children, Keller, Kristian, and Ada; Caroline Hill McHale , her husband, Ryan and their daughter, Reagan; her mother, Etta Maynard; and niece, Melissa Maynard.

A graveside service was held on Tuesday February 16, 2021 at 2 pm at Westwood Cemetery in Carrboro. A Celebration of Life will also be held in Patty’s honor  at a later date.

In lieu of flowers, the family requests that donations be made to the Patty Maynard Hill BSN ’69 Undergraduate Scholarship Fund (use the link on the left) or UNC School of Nursing PO Box 309 Chapel Hill, NC 27514-0309.

The Hill family is under the care of Walker's Funeral Home of Chapel Hill.

Share Your Memory of
Patty
Upload Your Memory View All Memories
Be the first to upload a memory!