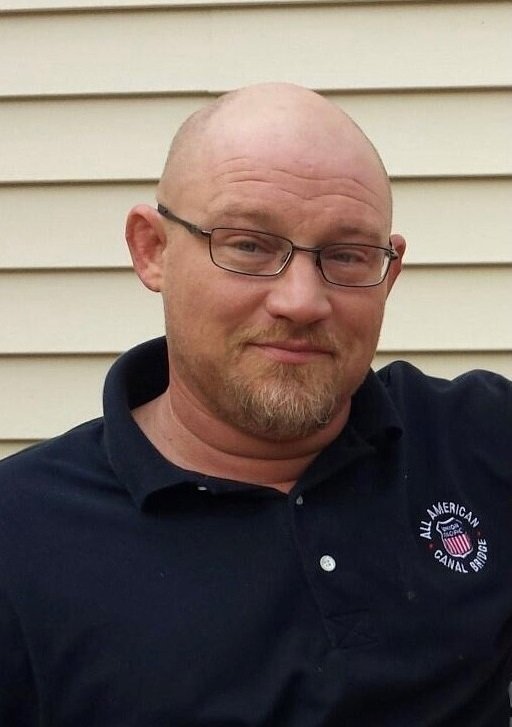 On Friday the 13th of November, Jay suddenly passed away while he was working out of town in Windsor Locks, Connecticut.

Jay was born in Durham, North Carolina at Durham Regional Hospital and has been a lifelong resident of Chapel Hill, NC.

Jay quickly gravitated towards building, taking apart and tinkering with anything he could get his hands on.  He started with Legos and graduated to small engines such as the family's weedeater and lawnmowers. If it could be taken apart and put back together, Jay was on it.  He also took to large equipment, such as the cranes his Dad worked with.  There are many pictures of Jay sitting in his Father’s lap operating a crane.  You could not drive down the highway with Jay without him pointing out and finding every Manitowoc Crane along the way.

That led to Jay’s first job while in high school, at F and F Automotive in Carrboro.  He worked alongside Cleve Fogleman and loved every minute of it.  Jay then graduated from Chapel Hill High School in 1992.  After graduating, Jay moved to Nashville, Tennessee, and he attended and graduated from Nashville Auto Diesel College.  He immediately went to work for Buckner Steel Company in Graham, NC.  He was following in the footsteps of his Dad and his older brother. Jay had the opportunity to travel all over the country working for Buckner and got to meet so many amazing people along the way.

While at Buckner, Jay met Tara Wertz through mutual friends.  Tara and Jay hit it off and they soon married. Tara gave Jay a stepdaughter Alissa and together they had a son, Levi.

Jay has always been known for his generosity, love for his family and joking around with his friends.

Jay is survived by his wife, Tara Wertz Sparrow, stepdaughter, Alissa Dunn and son Levi Sparrow all of Chapel Hill.  He is also survived by both parents, June Albert Sparrow and Ruth Russell Sparrow, of Chapel Hill.  Jay’s brother, Andy and his wife, Sharon Sparrow of Chapel Hill.  His sister Sandra, and her husband Tim Barefoot, of Wilmington, NC.  Sister Sarah, and her husband, John Loftin of Mebane, NC.  A brother-in-law, Jonathan Wertz, and sister-in-law Stacey Wertz Ballinger and Mother-in-Law Karen Wertz all of Snow Camp, NC. Jay also has five nephews and one niece; Josh and Jeff Coburn of Mebane, NC, Taylor and Austin Barefoot of Wilmington, NC, Max Sparrow of Chapel Hill, NC and Ava Wertz of Snow Camp NC.

Jay was preceded in death by his Father-in-Law, Allan Wertz of Snow Camp, NC.

A graveside service was held at Sparrow-Mt. Carmel Cemetery on Parker Road in Chapel Hill, NC on Thursday November the 19th.

The Sparrow family is under the care of Walker's Funeral Home of Chapel Hill.

Share Your Memory of
Joseph
Upload Your Memory View All Memories
Be the first to upload a memory!