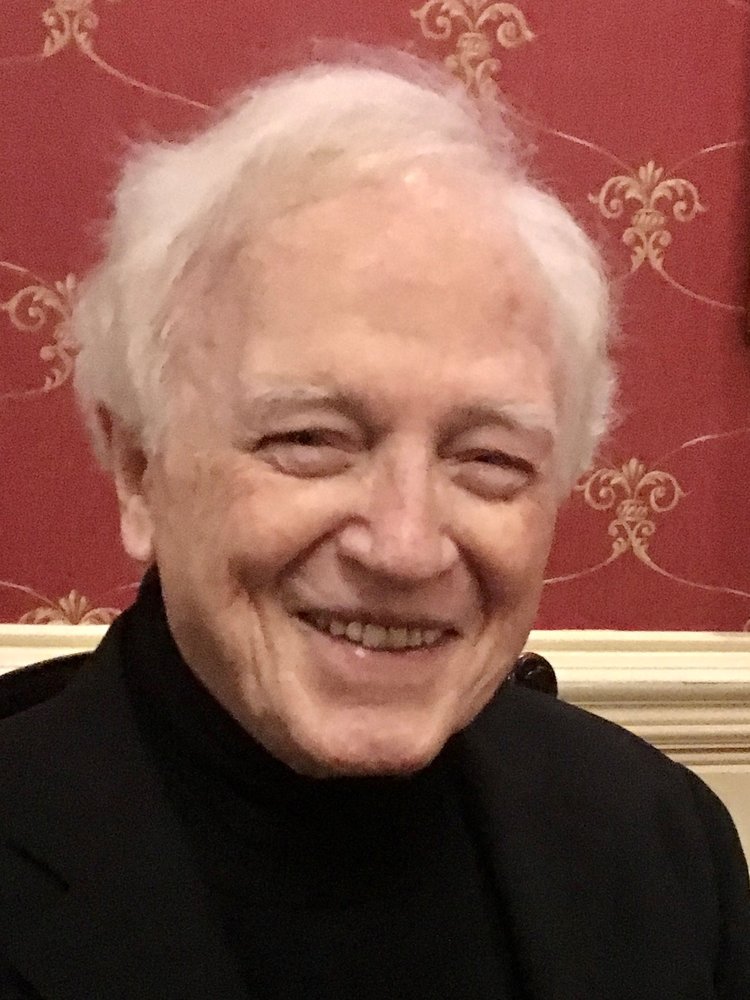 Early Monday morning, October 12th, 2020, James Richard “Jim” Patton, Jr. passed away in his home at The Cedars of Chapel Hill at the age of 91.

Jim was born on October 27th, 1928 to James and Bertha Patton in Durham, North Carolina. Upon graduating from the University of North Carolina with a degree in English at the age of 20, Jim entered Yale University's Forestry program but left for Harvard law school after one semester and graduated with his degree in 1951. It was during his time at Harvard that Jim married Mary Margot Maughan, the love of his life, whom he had met in Durham when he was just 15 years of age. Together, Jim and Mary raised a son, Macon, and a daughter, Lindsay. After Mary’s unfortunate passing in 2014, Jim found love again, marrying the late Frankie Dubose in 2016.

Jim had many passions, but none surpassed the law. After working as an attorney for the prestigious law firm Covington & Burling for just five years, in 1962, Jim took on the challenge of building his own international law firm Barco, Cook, Patton, Boggs and Blow. This laid the groundwork for what became known worldwide as Patton Boggs, LLP until 2014 when Squire Sanders and Patton Boggs merged to become Squire Patton Boggs practicing law worldwide from Atlanta to Milan.  Back to 1966, Jim had established the foundations of a new style of law firm after he negotiated the construction of the world’s largest steel mill in South Korea. From there, he and his partners never looked back. The firm of Patton Boggs became one of the country’s leaders in the courtroom as well as with the United States Congress. In 1979, Patton Boggs worked with Congress to provide a struggling Chrysler Corporation with $1.5 billion, a loan paid back seven years ahead of schedule. Indeed, Patton Boggs was a trailblazer, setting a new standard in which lawyers were no longer just litigators, but lobbyists as well. Jim and his firm paved a new path for attorneys, certainly commonplace today, but nevertheless innovative for its time.

While he was dedicated to the practice of law, Jim also explored many other avenues of public and social service throughout his career. Prior to venturing into the vocation of law, Jim spent several years in southeast Asia, initially as Special Assistant to the American Ambassador to Indochina and later as an attorney for the CIA’s Office of National Estimates. From 1963-1964, Jim spent time as a lecturer of international law at Cornell Law School, where he was asked to take up the mantle of Dean of Cornell Law School. By his own admission, however, his wife of over a decade would not allow him to “get involved in a life of politics.”  Still enamored with teaching, in the late 1960s and 70s he frequently lectured and took questions at the U.S. Army War College. Additionally, Jim was a member of the International Law Association, the Washington Institute for Foreign Affairs, a Councilor of the Atlantic Council of the United States, the Advisory Council on National Security and International Affairs to the National Republican Committee, a Board Member of the Smithsonian National Museum of Natural History, National Board Aspen Museum, National Gallery (Collector’s committee) and several other museums.

Jim’s dedication to the practice of law was rivaled only by his devotion to and admiration for the arts. From a young age, Jim loved to play the piano. Even in his final days, his Yamaha piano in his Chapel Hill home could be found adorned with educational piano albums dating back to 1941. Jim was also an avid admirer of poetry, composing pieces such as The Mist Shod Horse and The Gallant Knight at the budding age of nine. This reverence for poetry further extended to literature, specifically rare pieces of his favorite authors—Robinson Jeffers, T.S. Elliot, and James Joyce to name a few. After amassing an extraordinary assortment of these rare pieces, Jim generously began donating his collection to his alma mater, the University of North Carolina. Today, his collection is available for students at the school’s Wilson Library. Jim’s fondness for the arts also included his brilliant eye for paintings. Jim and Mary began garnering a collection of awe-inspiring, 20th century paintings as early as the 1960’s, including pieces such as David Park’s subtly captivating Daphne and Ellsworth Kelly’s mysteriously profound Blue Panel. Today, many of their assembled pieces can be found in the North Carolina Museum of Art’s The Patton Collection and in the Ackland Art Museum at the University of North Carolina. Moreover, other pieces can still be found decorating the walls for the attorneys of Jim’s Washington D.C. law firm today. Even after making these charitable provisions, some of his favorite pieces could be found in his Chapel Hill home throughout his final years.

Undoubtedly, Jim’s most tremendous quality was his love and generosity, to the arts, to the practice of law, but most importantly, to his family. Jim is survived by his children, Lindsay Patton Kull and James Macon Patton, his grandchildren, Mary Catherine Patton, James Kemper Patton, Taylor Bryan Kull, and Kathryn Kull Simon, and his great grandchildren, Gianna Marie Kull, Adrianna Marie Kull, and Antonia Marie Kull.

A private graveside memorial service for Jim Patton was held on Saturday, October 17th at The Old Chapel Hill Cemetery where both the remains of Mary and Jim Patton will be laid.

The Patton family is under the care of Walker's Funeral Home of Chapel Hill.