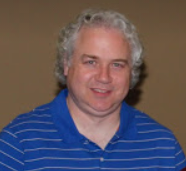 Robert Thomas Kane relished the double entendres in an Elvis Costello song, the shadows and light of classic film noir and the labyrinthian challenges of a Dungeons and Dragons game.

Robert, 52, of Durham, a network support specialist for the federal Environmental Protection Agency, died just before midnight Thursday after doctors and nurses at Duke University Hospital's intensive care unit worked around the clock over the previous four days to try to save him from a sudden illness.

Intelligent, witty, dedicated, and kind, Robert will be missed immensely by all who knew him.  Robert went through many challenges in his life, and used his experience and his innate kindness to help those around him.

Robert was the youngest of five boys -- everyone always said 'Your poor mother!" when they heard that -- who all grew up on a dairy farm just outside the hamlet of Alpine in Upstate NY.

He graduated among the tops in his class in 1986 from Odessa-Montour Central School, where he had an early appreciation for the theater and drew rousing applause for his roles as Fagin in "Oliver" and Tevye in "Fiddler on the Roof." He continued his interest in the theater at the State University of New York at Geneseo, starring in Sam Shepard's "Curse of the Starving Class." In the summers he performed in "Mark Twain: The Musical" at Elmira College, and took on the role of Samuel Clemens as a young man.

Robert spent his free time helping a brother and sister-in-law raise their young son, and stole the affections of their two cats, Leon and Cleo (aka Pris). Hardly a day went by without his watching a movie, be it classic Billy Wilder or the latest horror flick. He had a rich collection of music that ranged from classic punk to Broadway musicals. He had also joined a Dungeons and Dragons group that allowed him to return to the role-playing game he enjoyed in his high school days.

Through much of his life, Robert battled anxiety and depression, but he wrestled those demons well enough to take to the stage and achieve a long career in network support. He had a sharp wit, liked to challenge his family with fun riddles, and conjured up elaborate ghost stories on a moment's notice from one of his nephews. He rarely acted in anger, and gave his full attention to whomever sought his counsel.

He is preceded in death by his father, Paul, and a niece, Anna Sandoval. He is survived by his mother, Joyce of Sunnyvale, CA; four brothers and sisters-in-law, Peter Kane and Thai-Hoa of Santa Clara, CA; Dan Kane and Janet Grubber of Durham; Tim and Mary Kay Kane of Chico, CA, and Steve and Cindy Kane of Campbell, CA; and his ex-wife of 16 years, Nancy (Daw) Kane of Ithaca, NY. Also surviving are four nephews, Paul Kane of San Jose, CA, Ryan Kane of Houston, TX, Patrick Kane of Campbell, and Jack Kane of Durham; and two nieces, Megan Kane of Chico and Ashley Kane of Campbell.

The family asks that in lieu of flowers please give to organizations helping those caught in the vice we all know as the COVID-19 pandemic. Those feeding the needy and providing health care to the sick and vulnerable are two such options.

An outdoor memorial service will be at 2:30 p.m. Thursday at the pavilion at Gold Park, 415 Dimmocks Mill Road, Hillsborough, NC. Due to the pandemic, attendees will be limited to 50 people. A mask will be mandatory. Dress will be casual. Walker's Funeral Home in Hillsborough is handling the arrangements.