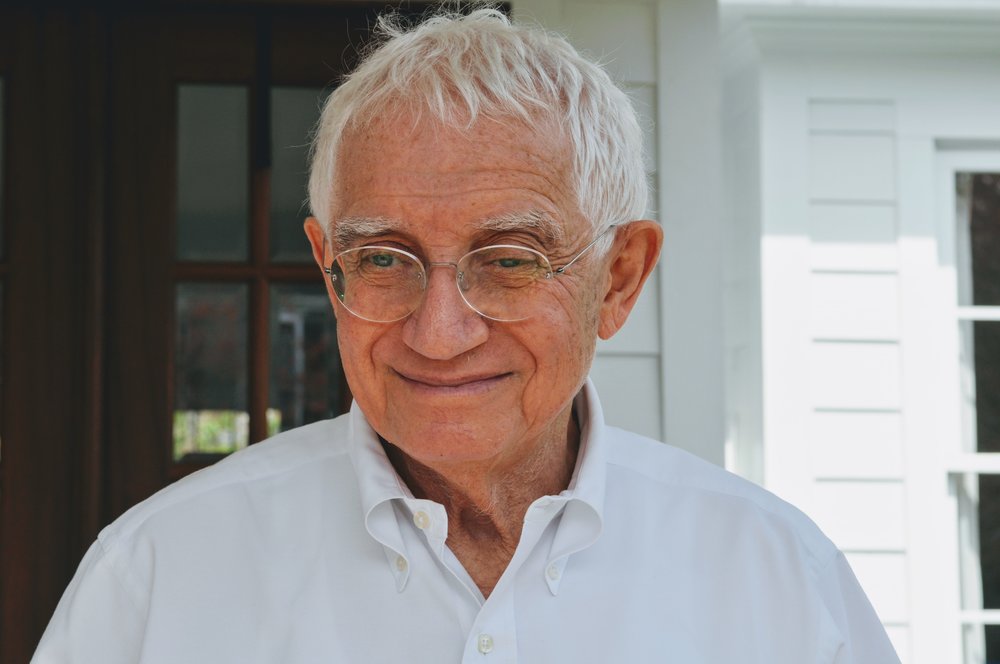 Josef Blass died at his home in Chapel Hill, North Carolina on October 2, 2020. Josef was born to Judita and Bronislaw Blass on July 2nd or 3rd, 1945 (the exact date was a subject of annual family arguments and discussion) in a Soviet labor camp located in Krasnoturyinsk, Novosibirsk USSR near the end of World War II. After the war ended, his family moved back to Warsaw, Poland, where he was raised in a loving home along with his younger brother, Piotr. His stories from that period focus on friends, fun, and family, mathematics, scouting, biking, and soccer. Josef first gained public acclaim when he won a national competition in the knowledge of sport (sports trivia) which was broadcast throughout Poland. To this day, people who knew him as a child or had grown up at that time remember Josef from this feat. His parents placed a strong emphasis on scholarship and after graduating high school in 1963, he entered the Mathematics Department at Warsaw University and graduated with a Master’s Degree in 1968.

Somewhere in his University years in Warsaw, he met Eva Schaff. According to Josef, she was the only student better than him, and he was smitten. Josef immigrated to the United States after being “asked” (kicked out?) to leave Poland in 1968 during an anti-Semitic purge of political activists. He and his brother first moved to New York City and eventually made their way to Ann Arbor, Michigan to obtain doctorates in Mathematics at University of Michigan under the direction and care of Dr. Maxwell Reade. Eva, not so political in nature, came to the United States of her own accord for medical school around that same time and, after one year at University of California San Diego, she transferred to University of Michigan to join Josef in Ann Arbor. Josef earned his PhD in mathematics in 1970 --- notably in just over one year -- which was, and maybe still is, a record.

Josef and Eva’s children, Katherine Marie Blass and Andrew William Blass, were born in Ann Arbor to a newly minted PhD in Mathematics and a Medical Student. The new math professor found a teaching position in Bowling Green, Ohio. For two years, Josef commuted from Ann Arbor to Bowling Green to teach at Bowling Green State University (BGSU), which resulted in a lifelong disdain for car trips and long commutes. When Eva finished her residency, the family moved to Bowling Green. Life in Bowling Green was the American Dream for Josef. He often spoke of the kindness and warmth throughout the community -- welcoming two adults with heavy accents and not a lot of insight into the normalities of small-town American life. But somehow, it all worked. One of Katherine’s and Andrew’s best memories is when Josef would take them out of school on a random Wednesday to take them and a friend to an amusement park, Cedar Point, to “avoid the crowds.”

During his time at BGSU, Josef taught Mathematics and ran the Actuarial Program, with enrollment in the actuarial program ballooning in size with Josef, always a salesman at heart, promising and delivering well-paying jobs in the insurance industry to countless undergraduates. Josef also pursued a parallel business career, which started when he obtained several key letter rulings from the IRS that led to him contributing a major part of the first 401k plans offered by Fidelity Investments. And later, in 1981, he founded Pension Research Institute (PRI) with the mission of bringing academic level research to the financial marketplace. Through PRI, he wrote countless pension plans for businesses, individuals, cities, universities, and states -- many of which still exist today. After PRI merged with Michigan National Bank, Josef served as Chief Investment Officer, overseeing the bank’s entire investment operation, trust department and the mutual fund family at Independence One Capital Management. Under his direction, the bank was consistently ranked as one of the top investment firms in the country. It is now, via merger and acquisition, Goldman Sachs PFM of Chapel Hill, NC, run by his son Andrew.

Never one to sit around, Josef turned his attention to his Polish roots and in 1994, he founded and established Euroad, a privately-owned transportation company that grew to be the largest in eastern Europe. Euroad was later acquired by Dutch trucking conglomerate Vos logistics. Following the acquisition, he continued to invest and acquire, take public and private a number of small and medium sized businesses throughout Poland ranging from heavy industry to software as a service. Throughout these ventures, he continued to teach at BGSU.

Since high school, Josef was involved in the dissident movement in Poland, and highly supportive of the Solidarity movement during the difficult period of martial law. Starting with the end of communism in Poland in 1989, Josef worked with nearly every Polish government offering advice and support on issues dealing with pension reforms and privatization. He was instrumental in helping the Center for Russian and East European Studies at the University of Michigan organize a 1999 conference, “Communism’s Negotiated Collapse: The Polish Round Table, Ten Years Later.” In 1999, Polish President Aleksander Kwaśniewski awarded Josef with the Knight’s Cross of Merit for his support of Polish initiatives at the University of Michigan and his leadership in advising Polish businesses and institutions during the transition to democracy.

In 1998, Eva and Josef started the next chapter of their lives in Chapel Hill, North Carolina. They had been introduced to the area when their daughter attended Duke University for her undergraduate degree. And as anyone who has experienced February in North Carolina can tell you, it is not a hard sell to Midwesterners. While in Chapel Hill, Josef retired from BGSU and wound down his involvement in retirement planning. By 2000, both his children had also relocated to Chapel Hill. He traveled with Eva, spent time with his grandchildren, and enjoyed life. But never one to rest, Josef also spent the better part of his time studying and playing bridge.  As a bridge sponsor, he played at the highest level of world competitive bridge. With his team he won a number of events in international, national, and regional tournaments. Josef was beloved in the bridge world for his rigorous approach and warm personality. Like many of his endeavors he managed to achieve great success at bridge, attaining Grand Life Master of American Contract Bridge League (ACBL) status as well as notable finishes including: 2nd in the 2017 North American Championships, 2nd in the 2017 Japan’s Yeh Cup (bridge’s largest purse), 1st in the prestigious Jacoby Swiss Teams in 2018, 1st in the 2018 Reisinger (considered to be one of the most challenging of all bridge events), 1st in the 2019 Spingold KO as well as a multitude of appearances at Bridge’s Bermuda Bowl. Josef loved to win, no matter if he played in a top-level national event or in a local bridge club evening session. Every time he did well it made him happy, but he took losing in stride, hardly ever blaming anyone but himself for poor results and finding the greatest joy in studying and reviewing his successes and mistakes the next evening. In addition to playing, Josef worked with the Bridge Club at the University of North Carolina at Chapel Hill. His involvement has resulted in the expansion of the club and its successful participation in the ACBL College Championship competition. In 2018 he served as the ACBL Goodwill Committee Honoree and elected president of the ACBL Educational Foundation.

In 2018, after a hiking trip with Eva and friends, he developed problems with his liver which began the steady decline of his health.  Despite that, he played bridge tirelessly and spent his time off with his family - his two greatest loves.

Josef is survived by his wife of 47 years, Eva Schaff Blass, his brother Piotr Blass, his son, Andrew Blass, his daughter, Katherine Asaro, and their families: Danielle Blass, Hudson Blass, Andrew Asaro, Jackson Asaro, and Sawyer Asaro. Because of COVID-19, the family will have a private service, but the plan is for a Celebration of Life (aka a big night) when they are able to host such an event.

The Blass family is under the care of Walker's Funeral Home of Chapel Hill.

Share Your Memory of
Josef
Upload Your Memory View All Memories
Be the first to upload a memory!
Share A Memory
Plant a Tree