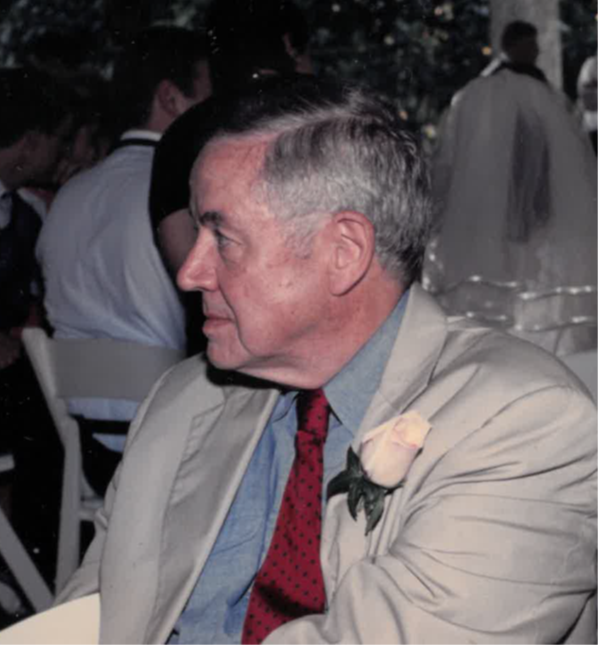 Stephen B. Baxter, 91, of The Forest at Duke, Durham, formerly of Chapel Hill, died in his sleep on the morning of September 15, 2020. In his final days, he was surrounded by his family and was supported by the awesome staff at The Forest of Duke and Transitions Hospice.

He was the husband of Ann Sweeney Baxter (the love of his life). They were married August 22, 1953, in Dublin, Ireland, and were inseparable for 47+ years.

He was born in Boston, Mass., March 8, 1929, the son of the James Phinney Baxter III and Anne Strang Baxter. A graduate of St Paul’s School, Harvard University, and Trinity College, Cambridge, Dr. Baxter was a professor of European History at the University of North Carolina for the majority of his career. After spending 2 years teaching at Dartmouth, and one year at the University of Missouri, Dr Baxter came to Chapel hill in 1958 as an associate professor of history. In 1966, he became a full professor and in 1975 became a Kenan professor of history. He retired in 1991 having written five books, including his acclaimed biography of William III,  and multiple articles. Dr. Baxter was awarded the Guggenheim fellowship in 1959-1960, and in 1973-1974.

He leaves five children, Clare Baxter, Persis Andrews (Rik), James Baxter, Padraic Baxter (Susie), and Michael, 9 grandchildren, 12 great grandchildren and thousands of history students. He was predeceased, in addition to his wife Ann, by a son, Nicholas Baxter, and his two brothers Arthur and James.

A Mass of Christian Burial was held at the St. John Fisher Chapel on the campus of St Thomas Moore Catholic Church on Saturday, September 19. A graveside service was held immediately following at the Chapel Hill Memorial Cemetery, Chapel Hill, NC.

In lieu of flowers, donations may be made in his memory to either the Peter C. Baxter Memorial Prize fund at the University of North Carolina, 208 W. Franklin St., Chapel Hill, NC 27516 or to the Forest at Duke Employee Fund, 2701 Pickett Road, Durham, NC 27705.

The Baxter family is under the care of Walker's Funeral Home of Chapel Hill.

Share Your Memory of
Stephen
Upload Your Memory View All Memories
Be the first to upload a memory!
Share A Memory
Plant a Tree