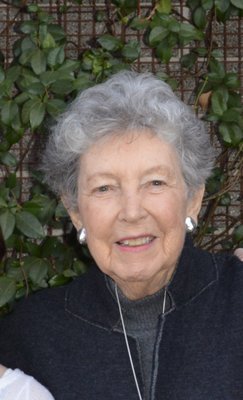 Joan Ann Davis High Kelly died peacefully at her home in Hillsborough on August 9, 2020 after a brief illness. She was a daughter of Edward J. Davis, Jr., and Katherine Hanna Davis, and wasborn September 18th, 1931 in Elizabeth, New Jersey. She grew up in High Point, North Carolina where she met and married Lacy Thacker High. They were long-time residents of Greensboro,N.C., where they raised their three daughters. After Lacy High’s death in 1973, she moved to Cohasset, MA, and in 1988 she married Brendan Kelly. Later that year, they moved to Fearrington Village in Pittsboro, NC, where Joann was active in the Women of Fearrington Club and a volunteer at Chatham Habitat for Humanity ReStore. After Brendan’s death in 2006, Joann moved to Hillsborough, N.C.

She loved traveling and spending time with her family and friends. She adored her grandchildren and never missed an opportunity to celebrate special occasions with them.  She is survived by her younger sister, Mary Lou Bullard of Greensboro, N.C.; her three loving daughters, Katherine High (George Steele) of Haverford, PA, Rebecca High (Hunter Pendleton) of Chapel Hill, and Lacey High Hauser (Ulrich Hauser) of Phoenix, AZ; six grandchildren, and one great-grandson.

Memorial services are scheduled for 12:30 PM, on July 30, 2021 at Walker's Funeral Home in Chapel Hill and will be livestreamed for those not able to attend in person.

Share Your Memory of
Joann
Upload Your Memory View All Memories
Be the first to upload a memory!