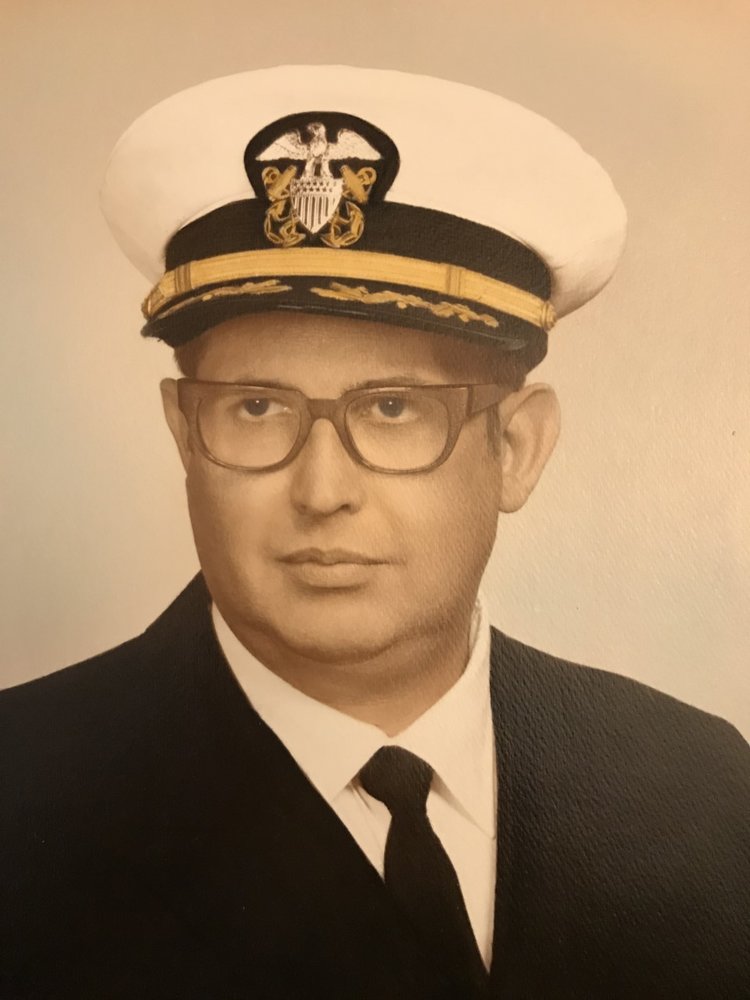 Jim was born on March 21, 1928, in Kent, Ohio, to the late James Frederick “Fred” Butcher and Willa Rosen Butcher. He graduated from Cuyahoga Falls High School in Cuyahoga Falls, Ohio, in 1945. He graduated a semester early and was the first high school graduate in his family. Also, Jim graduated from Kent State University with a B.S. in Chemistry, did graduate work at the University of Michigan, and graduated from Akron University with a J.D. in Law. He served in the United States Navy during the final weeks of World War II, and then served on the U.S.S. Coral Sea (Sixth Fleet) during the Korean Conflict. He continued to serve his country through the Naval Reserve, retiring with the rank of Commander. He was employed as a chemical engineer and later promoted to management level with B.F. Goodrich Tire and Rubber Company. While he was employed by B.F. Goodrich, Jim worked in tire plants located in Los Angeles, California; Miami, Oklahoma; and Akron, Ohio. After graduating from law school he practiced law.

Beginning in 1966 he was a member of various United Methodist Churches, often serving as a Trustee. Upon his retirement he and his wife, Claire, moved to Collington, NC, on the Outer Banks, and then to Carolina Meadows Retirement Community in Chapel Hill, NC. There they entertained residents with their magic act.

Jim was preceded in death by his parents and by his wife of 58 years, Norma Claire Tenney. He and Claire were married on August 26, 1950.

A private interment will be held at Chapel Hill Memorial Cemetery, Chapel Hill, NC.  In lieu of flowers, memorial contributions may be made to the American Heart Association or Wounded Warriors program (please use links on left).

The Butcher family is under the care of Walker’s Funeral Home of Chapel Hill.