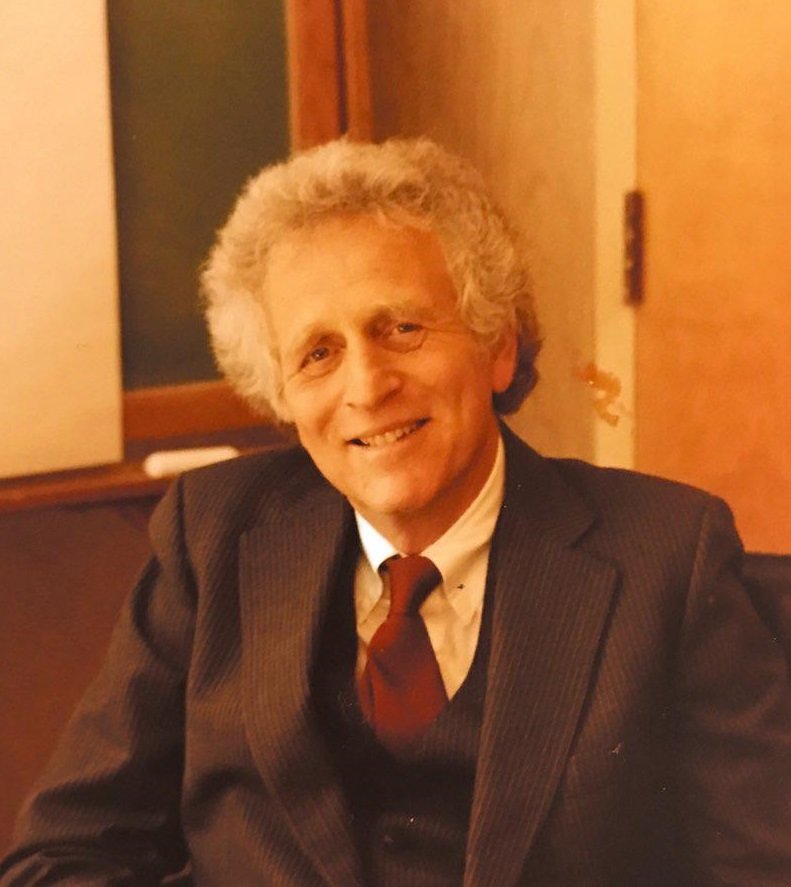 Pittsboro -  Martin Alan Spritzer passed away on December 3, 2019 at Galloway Ridge, a retirement home in Fearrington Village (Pittsboro) North Carolina at the age of 92.

He is survived by Lola F. Spritzer, his wife of 64 years, by his son Evan and his daughter, Dinah, and by four grandchildren, Emil, Julius, Romer, and Margot.

He was born in New Brunswick, NJ on June 8, 1927. He graduated Highland Park High School in 1945 and Rutgers University in 1948, where he was Phi Beta Kappa with special honors in history. He graduated Harvard Law School in 1951.

He settled and raised a family in Metuchen, NJ, where he was a fixture in political and community life. He practiced law in both Metuchen and neighboring Edison, NJ for 42 years, during which time he also served as the Borough Attorney of Metuchen for 16 years. He was a member or chair of over ten organizations including the Metuchen-Edison Race Relations Counsel and the Middlesex Country Human Relations Commission. He was dedicated to the cause of civil rights from the very beginning of his career.

After retiring to Fearrington Village in 1995, he was a founder of the AARP chapter in Chapel Hill and served on the Chatham Country Human Relations Commission as well as chairing the Chatham County appearance commission. He was very active in Democratic politics, both in New Jersey and North Carolina (Chatham County). He was chair of the Fearrington Village Democratic club for several years; his final service was as chair of the Galloway Ridge Residence Council.

Along with community service, Martin’s biggest cause was his family. There were never enough hours for him to spend loving and advising his wife, children, and then grandchildren.

Donations can be made in his name to the ACLU and the Southern Poverty Law Center as well as to the Judea Reform Congregation where both he and his wife were members.

The Spritzer family is under the care of Walker's Funeral Home of Chapel Hill.

Share Your Memory of
Martin
Upload Your Memory View All Memories
Be the first to upload a memory!
Share A Memory
Plant a Tree