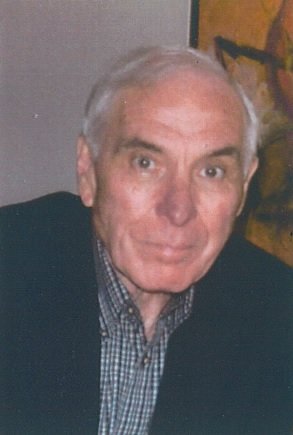 On Wednesday, November 20, 2019, Karl Matthew Murphy, Sr. passed away after a short battle with cancer at the age of 82. Karl passed peacefully at Duke Hock Family Pavilion with his wife and son at his side. He had been treated at Duke Medical Center for several weeks prior.

Karl was born in Kingston, New York on December 17, 1936 to Elaine and David Murphy. He grew up in Highland, New York where he graduated from Highland School in 1954. Karl earned a Bachelor of Arts Degree in Education from the State University at Oswego, New York in 1958 and a Master’s Degree in School Administration from New York University. He married Elsa Burfeindt in St. Augustine’s Church, Highland, NY on April 30 1960 and celebrated their 59th Anniversary this year.

Karl taught Industrial Arts at Newburgh Free Academy in Newburgh, New York and at Arlington High School in Poughkeepsie, New York for ten years and later joined his brother-in-law, John J. Gaffney, Jr., in business as a partner in Sunny Ridge Farm Markets from 1967 to 1982. Later, Karl worked in the Food Industry for several distributors of fresh foods in the Hudson Valley.

Karl and Elsa retired to Chapel Hill, North Carolina in 2004 where they enjoyed time with their son, Karl, and grandchildren, Maya and Ryan. Karl Sr. shared his love of the outdoors, his passion for fly fishing and photography and animal pets with his family. He and his wife enjoyed two trips to Germany to reconnect with members of his wife’s family – attending two Family Reunions there.

Karl was preceded in death by his father, David Murphy, and is survived by his wife Elsa; a son, Karl, Jr.; a granddaughter, Maya; a grandson, Ryan; his 100 year old mother Elaine Murphy; a sister-in-law, Erika B. Gaffney of Chapel Hill, NC; a brother-in-law, Gerhard Burfeindt of Highland, NY and his children: Jeffrey, Jacqueline and Phyllis; a nephew, John T. Gaffney and his wife Alexia of West Orange, NJ and their children: Sean, Connor, Caroline and Alexandros; a niece, Deborah Gravinese her husband Robert and daughter, Ariana, of Brewster, NY; an aunt, Louise Weston of New Paltz, NY and her children: Stephanie, Glen, Deborah and Leslie. Several cousins and aunts also survive.

Share Your Memory of
Karl
Upload Your Memory View All Memories
Be the first to upload a memory!
Share A Memory
Plant a Tree