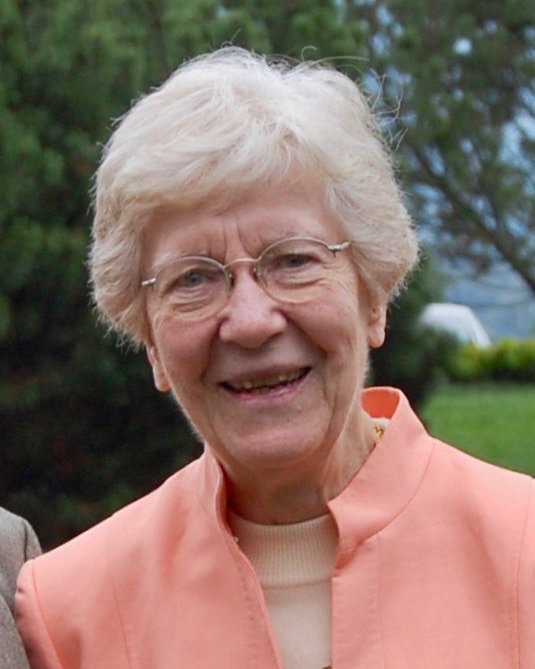 Mrs. Edith Irene Morgan Richards passed away on October 5, 2019 in Durham, NC.  Edith was born in Tampa, Florida on April 20, 1928.  She was the daughter of George Duncan Morgan and Eddie Mae Lineberry Morgan.

Edith obtained her BA degree at the University of Florida, Gainsville, FL where she met her husband, Tom.  They moved their family to New City, NY in 1965.  Edith continued her schooling and obtained a MA from Lehman College in New York City.  Edith taught 3rd grade in the Clarkstown Central School District in Rockland County, NY for 19 years.  While in Rockland County she served for many years as a Girl Scout Troup leader.

Edith retired in 1998 and moved to Waynesville, NC to enjoy the beautiful  Blue Ridge Mountains.  While living in the mountains she was very active in the Bethel United Methodist Church.  She sang in the chancel choir, served as chairperson of many committees, and was the editor of the church newsletter, The Bethel Bell.  She also served the community by delivering food for Meals on Wheels.

Edith moved to Hillsborough, NC in 2006 to be closer to her children and to have flatter land for her gardening endeavors.  In Hillsborough she took up line dancing and greatly enjoyed the dancing, friendships, and performing for nursing home residents.  In 2015 she moved to Durham, NC to downsize both her house and her garden.  The house remained downsized, but soon the garden beds grew and grew until the yard was full of flowers, birds, and butterflies.

She is survived by her husband of 68 years, Thomas Carl Richards, a son, Donald Thomas, his wife Sharon of Raleigh, NC, a daughter, Cynthia (Cindy) Ann of Durham, NC, grandson Michael (Mike), wife Alison and their three children Mira, Finley and Sadie of Jericho, VT and grandson James (Jamie), his wife Natalia and their child Isabella (Izzy) of Underhill, VT.

Edith was preceded in death by her parents, brothers Craig Morgan and James Morgan, and her sister Thelma Horne.

Share Your Memory of
Edith Irene
Upload Your Memory View All Memories
Be the first to upload a memory!