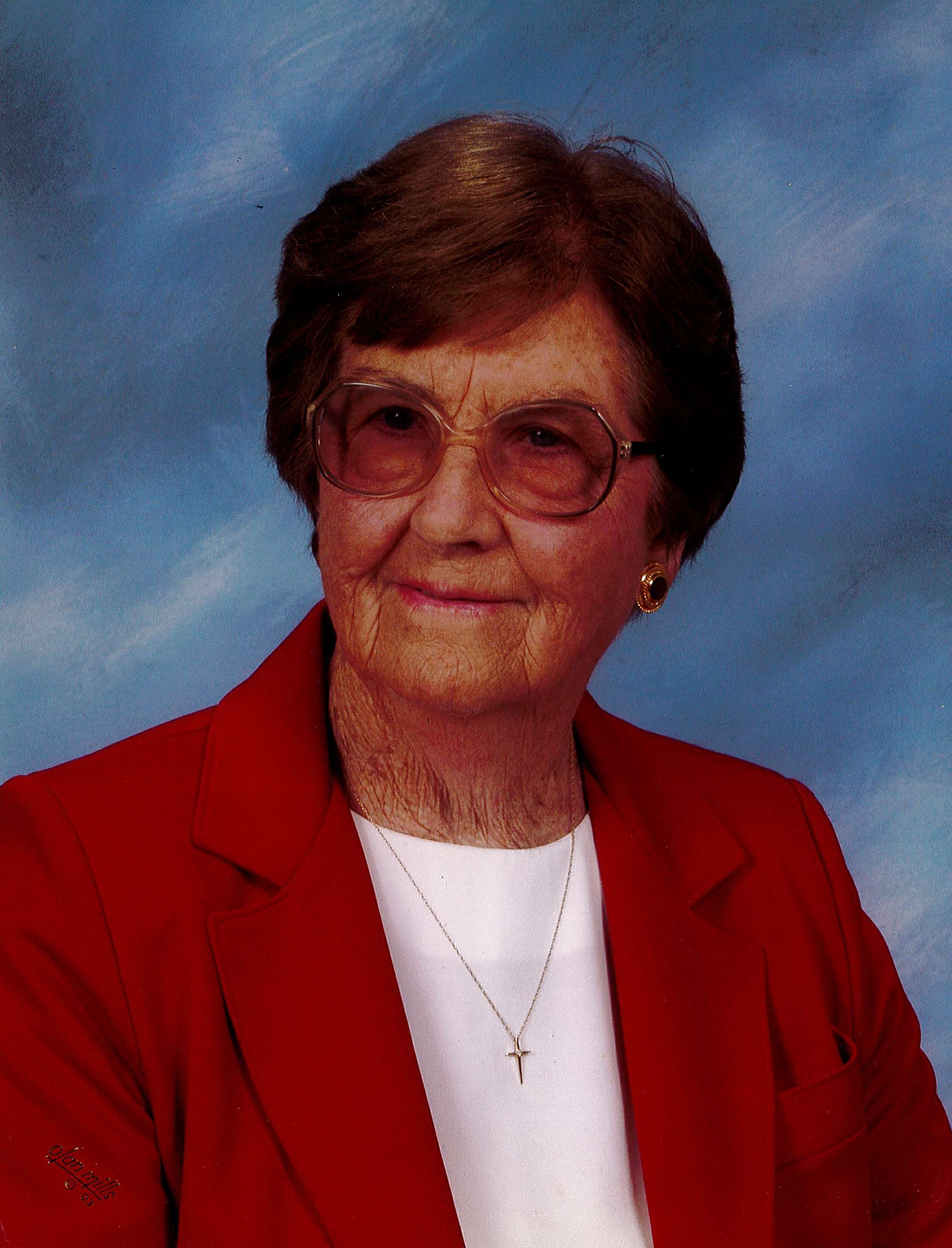 Clara Rowe Merritt, 98 of Carrboro passed away on August 6, 2019 at the home of her daughter after several years of declining health.

Clara was born and raised in Durham, NC and was the daughter of the late Franklin and Goldie Rowe.

Clara was a devoted wife and mother, grandmother and great grandmother.  She was a homemaker and later retired from the Chapel Hill School System.  She served for many years at the former Carrboro Baptist Church as a Sunday School teacher and leader.  She enjoyed serving on various committees throughout the church.  She thaight her children her Christianfaith at an early age.  Clara loved reading and would boast to her children that she had read every book in her school library as a child.  She enjoyed Jeopardy and even her grandkids were amazed that she could beat them!

She was predeceased by her husband of 55 years, June Cole Merritt; her son Barry Merritt; her brothers, Clyde, Felix, William and Claude; her sisters, Alice Hardee, Hazel Cook and Ruth Wynne.

A funeral service was be held at 12:00pm on Friday, August 9, 2019 in the Chapel of Walker's Funeral Home in Chapel Hill.  Burial followed at Westwood Cemetery in Carrboro.

The family wishes to express their appreciation to Amedisys-Hospice and to their mother's devoted caregivers, Erica Smith and Agnes Hill.

Walker's Funeral Home of Chapel Hill is honored to have been chosen to care for the Merritt family.

Share Your Memory of
Clara
Upload Your Memory View All Memories
Be the first to upload a memory!
Share A Memory
Plant a Tree