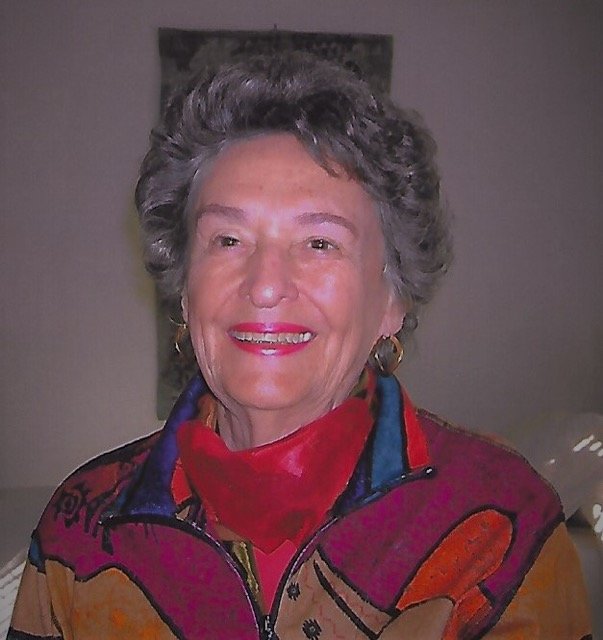 Joan Benning Poole Holbrook, 84, of Chapel Hill, NC passed from this life on Thursday, August 1, 2019 at her home. Joan was born in Richmond, Virginia, the daughter of Clayton I. Poole and Elma Benning Pearson Poole, of Dilllwyn, Virginia. Joan grew up amongst a large extended family in Dillwyn and was a 1953 graduate of Buckingham Central High School in Buckingham, Virginia. She went on to attend Westhampton College in Richmond, Virginia for two years, transferring to UNC-Chapel Hill and finishing there with a BA degree in Zoology, Class of 1957. She was a lifelong student and traveler and credits the University with opening her mind to the broader world.

After two years as a research assistant at the UNC School of Medicine, followed by a year as a biologist for the US Fish and Wildlife Service in Beaufort, NC, she returned to the School of Medicine as a research analyst in the Department of Biochemistry for 18 years. In the early 1970’s Joan began taking courses in the Art Department in art history, studio art and eventually progressed to independent study in printmaking. She had national and international juried print exhibitions and her prints are held in both corporate and private collections.

Joan was a member of the Virginia Dare Chapter of the Daughters of the American Revolution (DAR).

Travel was both a learning experience and an adventure for Mrs. Holbrook, having first traveled to Europe in 1958 and thereafter to Africa several times, South and Central America and Australia. Over the next 50 years, her travel experiences and adventures inspired many in her family to embark upon their own travels around the world.

Joan is survived by her husband of more than 50 years, Dr. David J. Holbrook, Jr. and by her daughter, Suzette Holbrook Bardill and son-in-law Mark D. Bardill of Richlands, NC. She is also survived by two grandsons, Mark Benning Bardill (Ben) and his wife, Caroline of Raleigh, NC and Gustavus William Bardill (Gus) of Houston, TX and by her brother, Irving Poole and his wife, Virginia of Dillwyn, as well as many beloved cousins.

Mrs. Holbrook desired no visitation, funeral, memorial or interment services. A private burial in the family plot in Dillwyn is planned. Condolences may be directed to the Family of Joan Benning Poole Holbrook, at P.O. Box 846, Richlands, NC 28574. In lieu of flowers, the family requests that memorial contributions be made to the Jacquelyn Friedman/Marvin Saltzman Fund, UNC-CH Arts and Sciences Foundation. This fund supports student artists at UNC-CH.

Walker’s Funeral Home of Chapel Hill has been entrusted to care for the Holbrook family.

Share Your Memory of
Joan
Upload Your Memory View All Memories
Be the first to upload a memory!
Share A Memory
Plant a Tree