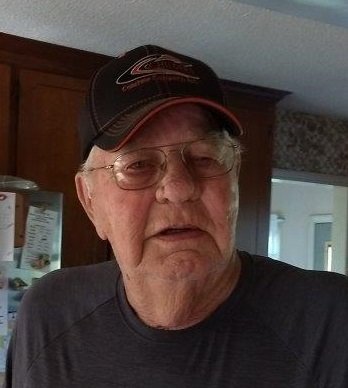 Donald “Don” Guy Childers, lifelong resident of Hillsborough, NC, passed away on June 8, 2019 unexpectedly at his home surrounded by his loving family.

The youngest son of Inez and Brown Childers, Don had four brothers, Bill, Phil, Max and Sonny and one sister, Joyce, all of whom have already passed away.  Don served in the National Guard and worked as a mechanic for Leggett and Meyers, Bobby Roberts Associates, and Triangle Communities.

A former volunteer with the Caldwell Fire Department, Don helped friends and neighbors with farm work, race cars, mechanical repairs and in anyway he could be of help.   He enjoyed fishing, drinking coffee and socializing at the local convenience store in the mornings and tinkering in his shop.  He was quick with a joke and loved a good story.

In his later years, after he developed Alzheimer’s Disease and suffered the loss of his left leg, he enjoyed visits from friends and family and looked forward to weekly dinners with his children, grandchildren and great grandchildren.

A brief funeral service was held on Wednesday, June 12, 2019, in the Chapel of Walker's Funeral Home, 204 N. Churton Street, Hillsborough, NC at 2:30pm.  A portion of Don’s ashes will be interred at Ebenezer Baptist Church in Durham at the graves of his mother and father in a private family ceremony to be determined at a later date and the rest will be scattered on the family farm at a much later date.  The family wishes to express their sincere gratitude for all the well wishes and repasts that they have received.

The Childers family is under the care of Walker’s Funeral Home of Hillsborough.

Share Your Memory of
Donald
Upload Your Memory View All Memories
Be the first to upload a memory!
Share A Memory
Plant a Tree