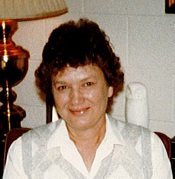 Audrey graduated as valedictorian of her class from Ronda High School in 1945 and earned a bachelor’s degree in English and library science from Appalachian State University in 1950. She received a master’s degree in education from UNC-Greensboro in 1970.

After completing her undergraduate degree, she moved to Mannheim, Germany, where she served as a librarian with the Special Services Agency of the U.S. Army from 1952-53.  From 1954 to 1962, she worked in a variety of library settings, including five years at UNC-Chapel Hill and three years at Salem College. From 1964-1993, she worked at Forsyth Technical Community College in Winston-Salem, where she achieved the role of director of the learning resources center. In total, her career spanned 43 years.

She is survived by her daughter, Marla Zablocki Hudnell of Chapel Hill; grandchildren Alex Hudnell of Pittsboro, Caroline Hudnell of Cornelius, and Max Hudnell of Carrboro; and other family and friends.

She is predeceased by her husband of 44 years, Frank Stefan Zablocki, her parents and her sister, Amelie Bauguess Graham.

Her ashes will be buried at Stony Ridge Baptist Church in Traphill in a private service.

Walker's Funeral Home of Chapel Hill is caring for the Zablocki family.

Share Your Memory of
Audrey
Upload Your Memory View All Memories
Be the first to upload a memory!
Share A Memory
Plant a Tree