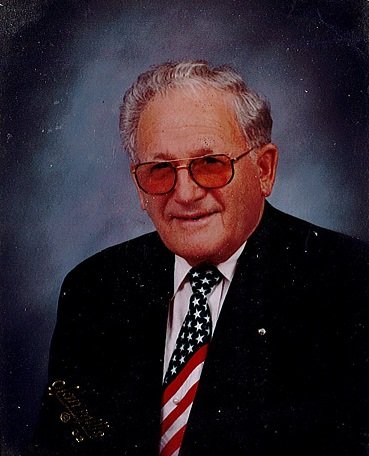 Mr. James Richard “Dick” McCallum, a resident of Durham passed away at Duke Regional Hospital on Wednesday, January 23, 2019 at the age of 94 years old.

Dick was born in Ripley, TN on July 30, 1924 to the late R.B. and Bess McCraw McCallum.  He worked for many years as a plaster contractor in the Durham area.  Dick loved to work with his hands.  He had many hobbies like woodworking, flying and ornamental plaster molding.  Dick was a member of the Carrboro United Methodist Church.  He was involved in all aspects of the church.

In addition to his distinguished service as a Sergeant in the United States Marine Corp., Dick also was recognized for several outstanding recognition awards in the many civic organizations that he was a member of.  His accolades include being recognized as a past Master and a Lifetime Member of the University Masonic Lodge #408AFAM the Silver Beaver award for the Boy Scouts, a pilot for the Flying Fez (who took children to the Shriner’s Hospital), served on the South Orange Rescue Squad and was also a member of Amaran Shrine.

Walker's Funeral Home of Chapel Hill has been entrusted to care for James' family.  Please express your online condolences by using the tab below.