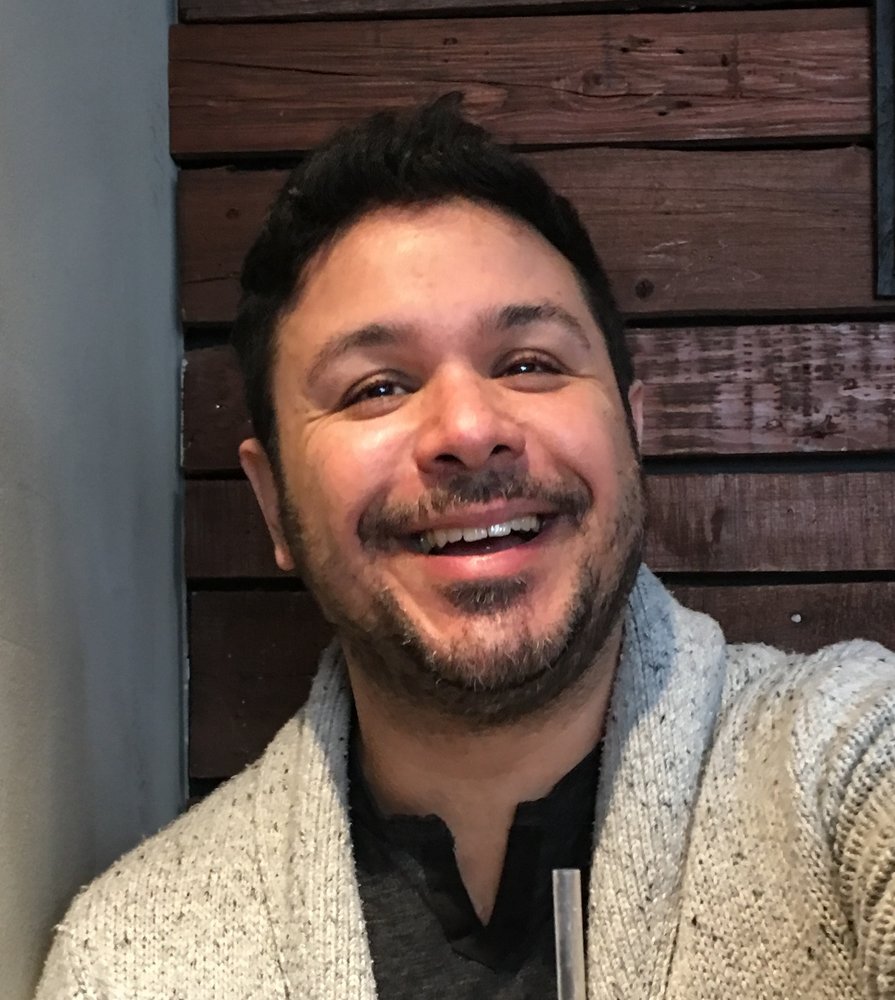 William Elliot Gonzalez, 48, of Hillsborough, North Carolina, formerly of Washington, DC, passed suddenly and unexpectedly of natural causes September 9, 2018, at his home in the company of his beloved doggies, Dulce and Pepe.

A funeral service was held at 11am on Saturday, September 22 at Walker’s Funeral Home, Mebane, NC. A DC service may occur at a later date.

William was born to William Elion Gonzalez and the former Maria Alvarado on January 6, 1970, in Williamsburg, Brooklyn, NY. They then moved to their hometown, Villarba, Puerto Rico, where he graduated high school in 1987, serving as class president. In young adulthood, he also lived with family in Panama, Hawaii, Spain and Italy.

In 1992, William graduated from Pontifical Catholic University in Ponce, PR with a Bachelors of Science in Accounting, and worked as a CPA for Miami-based motion picture studio. Later moving to New York City, William explored becoming a modern dancer, then from 1994-2000, was an agent for Ford Modeling and Wilhelmina Modeling, the top companies in the industry. He scouted, groomed, and promoted new faces in fashion, with several clients becoming famous. He cited the main character in “The Devil Wears Prada” as reflective of his industry time. But promoting luxury starkly contrasted with his Alphabet City and Brooklyn neighborhoods where he witnessed people with addiction, homelessness, and HIV/AIDS.

So in 2001, he left the fashion industry to join the Community Service Society of New York; six months later, when the World Trade Center was destroyed, William walked 21 blocks to Canal and 7th Avenue to distribute bottled water, and emergency and medical supplies for days. He realized that was his true calling, and decided to move to Washington, DC in April 2002 to pursue a new career in social work. Two weeks later, he met the person who became his husband of more than 16 years, Todd Atkinson; both are longtime residents of Capitol Hill. In 2016, William moved to NC to be closer to his ailing parents.

William graduated from Trinity University with a Bachelors in Sociology in 2006, and obtained his Masters Degree in Social Work from National Catholic University School of Social Services in 2011. A LCSW, William worked in school-based settings, primary care and outpatient mental health, specializing in trauma, immigrants and Spanish-speaking communities. William received advanced training in modalities including EMDR, Somatic Experiencing, and both levels of Trauma Certification at the Ferentz Institute of Advanced Psychotherapy. He worked at the U.S. Conference of Catholic Bishops, Charlie’s Place at St. Margarets, La Clinica Del Pueblo (all DC); Vesta, A Quiet Journey (Silver Spring); YMCA Linkages to Learning, Behavior Health and Crisis Services, and the Department of Human Services (all Montgomery County); Synergy Family Services in Hyattsville; El Futuro in Durham, Orange County Rape Crisis Center in Chapel Hill, and his private practice, Arawak Counseling, LLC.

William enjoyed bike riding, canvas painting, cooking, gardening, music, reading, dog fostering, and spending time with nieces and nephews. He liked telenovelas, independent/foreign films and practicing mindfulness including walking his dogs. He endured low-quality horror and sci-fi because he loved his husband. He loved the Nearness of You especially as sung by Norah Jones; Time After Time; Seasons of Love; zen and Andean music; and Mexican rancheras. His favorite foods were pan dulce, ice cream, drunken noodles, pernil, and high quality tequila Margaritas.

He was predeceased by three grandparents, dogs Rocket and Bibi, cat Mara, and egg-laying hens Ivanka, Melania and Vanessa.