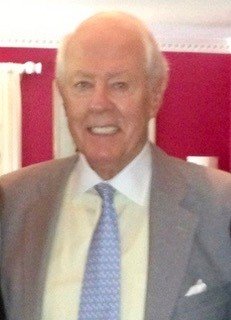 Dr. Headen was born in 1934, and grew up in Siler City, N.C.  He received his undergraduate degree at the University of North Carolina at Chapel Hill.  He served for a time in the Air Force as a pilot and loved flying.  He also received an MBA degree from UNC prior to getting his Doctorate in Business Administration at Harvard Business School.  He taught one year at Michigan State before returning to UNC in 1967, where he taught for the rest of his career.  He taught in both the undergraduate and graduate programs in the Business School at UNC, and consulted widely with the industry.  He was an outstanding teacher, and his students loved him almost as much as he enjoyed teaching them.  He also taught for a year and several summers at INSEAD Graduate School of Business in Fontainebleau, France.

He will be dearly missed by his family and friends. Services for Dr. Headen are going to be private for the family.

Memorials may be directed to the American Cancer Society.

The Headen family is under the care of Walker's Funeral Home of Chapel Hill.