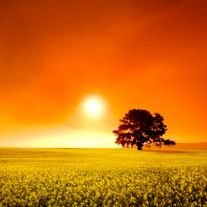 On July 30th, 2018, Dr. Gordon P. Flake passed away at home. In June he was found to have multiple myeloma withlight chain amyloidosis, involving kidneys, heart, and many other sites. The cardiac amyloidosis progressed rapidly,leading to heart failure.

He is survived by his loving wife of 45 years, Cristina, as well as 5 wonderful children - Stuart, Margo, Mandy, Heather and Derek; 10 lovely grandchildren - Atlas, Ann Marie, Betsy, Nina, Elie, Haven, Maya, Tyler, Sophia and Logan; and his brothers, Dickson and John and their beautiful families.

Dr. Flake was born on December 17, 1940 and grew up in Little Rock, Arkansas, attended Johns Hopkins Undergraduate School where he was elected to Phi Beta Kappa, and Vanderbilt Medical School where he graduated first in his class. His pathology residency included 3 years at Vanderbilt, 2 years at the University of Minnesota, and 1 year at the MD Anderson Center in Houston. He practiced pathology for 2 years in Panama while in the Army Medical Corps during the Vietnam War. There he met the love of his life, Cristina Quiros, and they tied the knot in May, 1973.  He subsequently practiced for 2 years in Huntsville, Alabama, and 20 years in New Orleans, Louisiana, before moving to Chapel Hill in 1996, where he worked for 20 years at the National Institute of Environmental Health Sciences (NIEHS) from 1998 to 2018.

He loved his job at the NIEHS in the department of Cellular and Molecular Pathology, and worked full time until the onset of his health problems. He loved talking to his colleagues, learning each day, and contributing to their studies.  He loved all of the people in his department, including the secretaries, DCU staff, and the histology core lab, and in his own mind, they were part of his family. His work was his life, other than his family of course, and he worked very hard and always did his best. He considered everybody in the Institute to be a friend, including the security guards, cafeteria staff, and housekeeping, and he very much appreciated their friendship. His intention was to work at the Institute until the day he died, which he came very close to doing. He felt blessed to work at such an interesting place with so many smart, dedicated people.

In the words of his co-workers at NIEHS: “We considered Gordon to be a best friend and colleague to everyone, no matter your position or status at the Institute. He was well-respected for his intellect, detailed approach to his work, and his sound contributions to science and public health, in particular his seminal research on the pathogenesis of uterine fibroids, and his numerous co-authorships on government reports, manuscripts, and book chapters. He was admired for his devotion to Cristina, Derek, and his family. We will always remember his love for baseball trivia, the Kentucky Derby and of course, UNC basketball despite not ever watching an entire game on TV. We at NIEHS will always remember Gordon as a gentleman, humble and kind; we all considered him our true friend and we would be honored if he felt the same way about us. Gordon will be truly missed at NIEHS.”

In addition to the significant research he did at NIEHS, he leaves behind a legacy with his beautiful family. His wonderful wife, Cristina, never wavered in her support, her strength, and her love during both good times and hard times. She cared for him during numerous illnesses and one major surgery, was a fantastic cook, and a wonderful uplifting companion at all times. His sons and daughters are all talented kids who have grown into great parents themselves. He loved all of his children and grandchildren very much.

A private graveside funeral for the family was held in Chapel Hill on Monday, August 6th. A Celebration of Life Memorial for friends and family will be held on Saturday, August 11 from 4-7pm at ExtraOrdinary Ventures in Chapel Hill. If anyone wishes to contribute to a charity in honor of Dr. Flake, charities of his choosing include the Special Olympics of NC, ExtraOrdinary Ventures of Chapel Hill, and The Arc of the Triangle.

The Flake family is being assisted by Walker's Funeral Home of Chapel Hill.