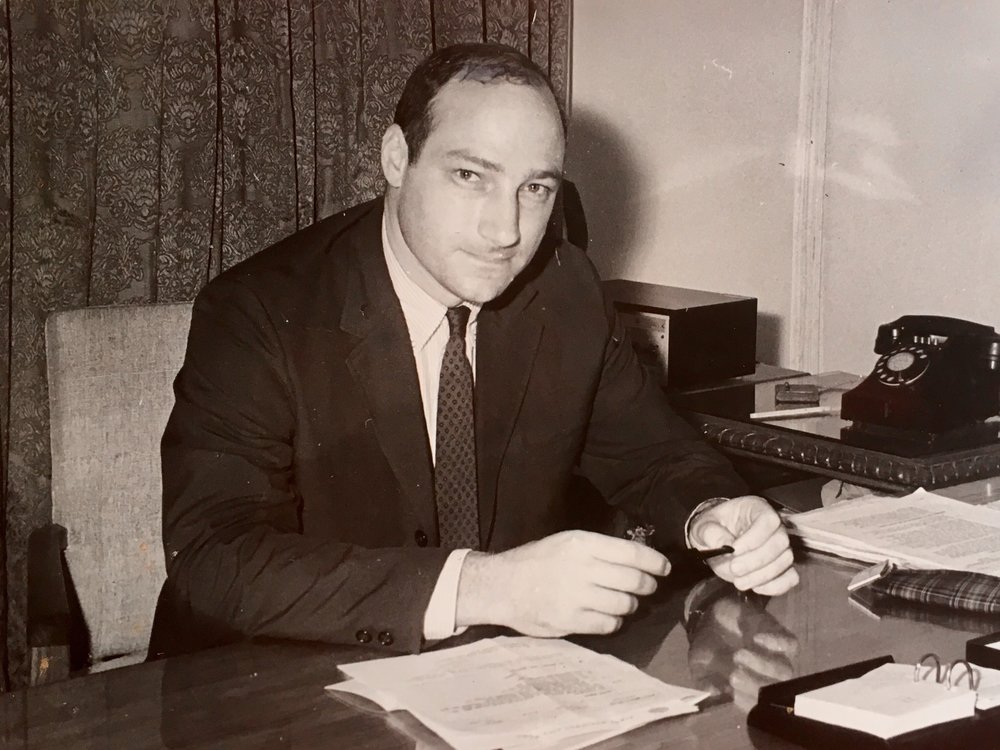 Ed was born on December 1, 1935, in Cornwall-On-Hudson, NY to the late Edgar Nicholson Harland, Sr. and the late Arline Peck Harland and was married to Beverly Ann (Hughes) Harland on January 1, 1960.  After serving in the U.S. Army Counter-Intelligence Corps, Ed earned his BS (1957) and MBA (1958) from Cornell University, then his JD (1964) from the University of Michigan.  He joined Caltex Petroleum in 1964 and was admitted to the New York Bar in 1966.

Ed, Beverly, and their children spent most years from 1964 through 1994 on foreign assignments (Germany, New York, Kenya, India, Bahrain, Philippines, Australia, and Texas), during which time Ed served in executive finance and legal roles for Caltex.  Having retired to Chapel Hill, NC, Ed was an active member of Christ United Methodist Church in Chapel Hill, serving on the Beyond Our Borders and Habitat for Humanity missions.  He pursued his lifelong love of learning through Duke Institute for Learning in Retirement, taking courses in history and international affairs until late 2017.

A memorial service was held on Wednesday, January 31 at 3:00pm at Christ United Methodist Church (Southern Village), 800 Market Street, Chapel Hill, NC 27516.  In lieu of flowers, the family requests donations to Beyond our Borders http://beyondourborders.org/index.html or Habitat for Humanity Pittsboro  http://chathamhabitat.org/ or UNC Hospice Pittsboro https://www.uncmedicalcenter.org/uncmc/care-treatment/hospice/

Share Your Memory of
Edgar
Upload Your Memory View All Memories
Be the first to upload a memory!
Share A Memory
Plant a Tree