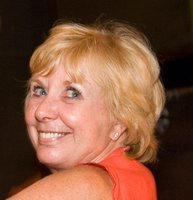 Eileen Roehrig was born on July 19th, 1943 in Queens, New York to Joseph Berry and Evelyn Geoghegan. Strong in math, she turned a series of computer programming courses at a community college into a career as software engineer. She was generous with her time and provided volunteer tax preparation services to those in need. She loved to swim, dance at weddings, and play golf, hitting not one but two holes-in-one. Throughout her life, she made friends easily and was devoted to her family. She was a model of how to offer love and kindness unconditionally. In instructions to her family she wrote that “I would like you to celebrate my life. I have wonderful children and grandchildren.” She will be greatly missed.

A reception following the mass will be held at the Siena Hotel 1505 E Franklin St, Chapel Hill, NC 27514